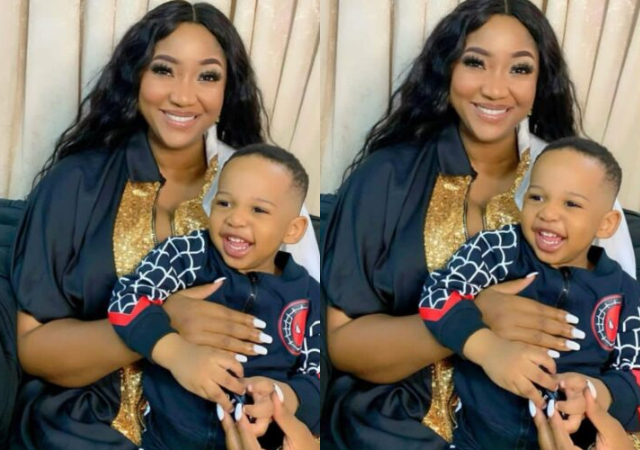 Judy Austin, The second wife of the controversial Nollywood actor Yul Edochie had taken to her Instagram page to list out her unique qualities.

Judy Austin who is unbothered about the way she married Yul Edochie described herself as the most beautiful woman in the world, the apple of her husband’s eyes, the best sister and wife, among others.

She revealed that she has a heart that forgives, hence, why her light continues to shine and overcome every obstacles. Judy further hailed herself as the strongest woman she knows.CORON- A 4k Aerial Film of the Philippines

The most beautiful woman in the eod.

Beautiful In and Out

God’s precious Gift to this world.

An Angel with a Heart of Gold.

Apple of her husband’s eyes.

The best Mother in the word.

The best sister and daughter to her family.

The most loyal and caring friend.

An EAGLE that is rarely seen but much be adored whenever she steps out!!

The heart that forgives so her light continues to SHINE and overcome every obstacles thrown at it.

The STRONGEST woman I know!!

Above all, God loves me too much.