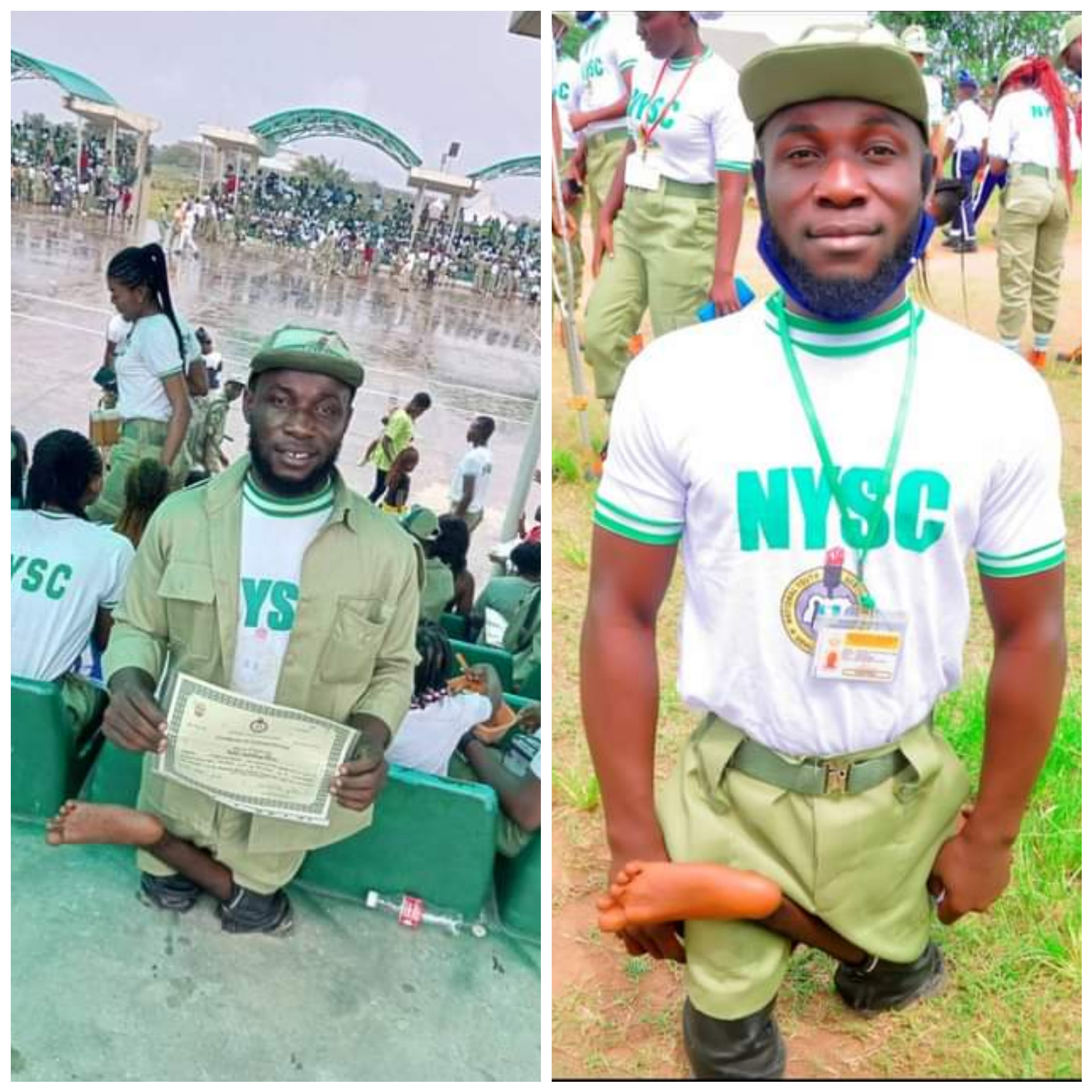 A physically challenged member of the National Youth Service Corps (NYSC), Ikiotere Ayebatonye Otuma, has celebrated passing out from the scheme.

Ayebatonye, 26, an indigene of Liama in Brass Local Government Area of Bayelsa state, took to Facebook on Thursday, October 6, to share his NYSC certificate.

“The work is done. God did it” he wrote.

Speaking to Mangrovepen, a Bayelsa news portal, Ayebatonye revealed how he refused to allow his physical appearance to limit his achievements in life.

According to him, he grew up in a community where the majority of his peers did not discriminate against him despite his appearance.

He advised people with a similar conditions not to allow thoughts of their predicament to take over their lives.

“Having a physical deformity should not make you think much. Your life is not over as long as you are mentally stable. You do not have to make excuses for failure. You have every reason to be who God wants you to be by his grace,” he said.

“Even though along the line you will face depression, difficulty and hardship do not let it get to you. Other people without physical deformity also feel down at some point in their lives and still come out of it.”