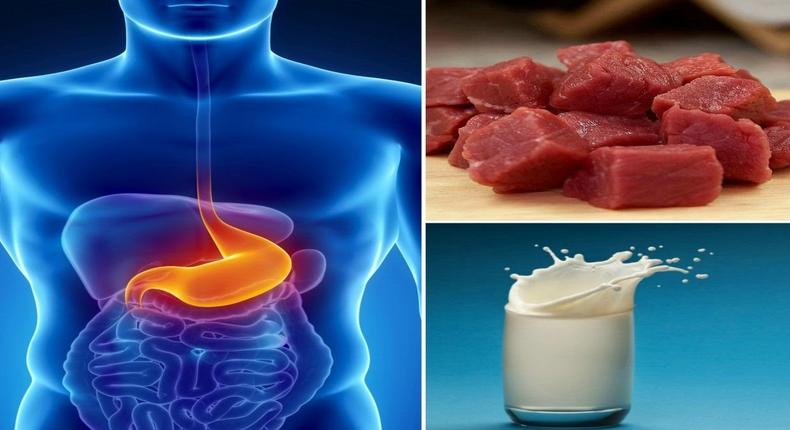 Trying to manage or heal stomach ulcers? See foods to stay away from as an ulcer patient…

5 foods to avoid if you have stomach ulcer

Stomach ulcers can be cured if prompt attention is paid to it (in form of drugs, lifestyle management amongst other things, another thing that helps to keep ulcer in check is the type of food one eats.

In ulcer patients, some foods are best avoided so as not to keep irritating the already sore area:

Spicy foods irritate the lining of the stomach and by extension the sore area. Spicy foods are also known to make ulcer symptoms worse in some cases.

Coffee actually doesn’t cause ulcer but irritates it. The caffeine present in coffee erodes the already sore area (ulcer) making it worse and if the goal is to heal the ulcer, it is best to stay away from coffee or reduce taking it to the barest minimum.

Ulcer patients (especially peptic) should stay away from red meat! Red meat take longer to digest making acid level in the stomach to rise which irritates the area and worsens the symptoms. This can be replaced with chicken, turkey and other lean proteins.

ALSO READ:Improve quality of life with these 10 simple habits

Pasta, white bread sugar and more processed foods should be replaced with leafy greens and vegetables, antioxidants loaded fruits with lots of water.