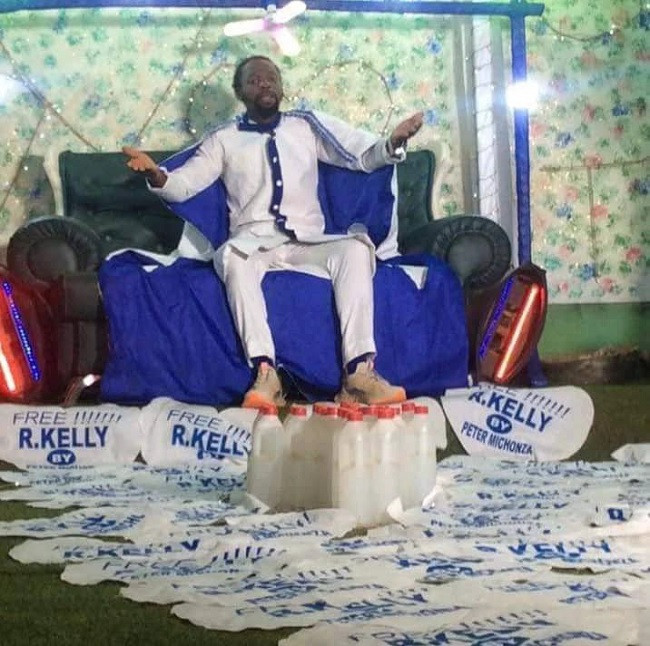 Michonza, of the New Jerusalem Deliverance Ministry, Ageva in Okene local government area was arrested over allegations of running labour wards for pregnant women in his church and selling “bulletproof” water to people.

Kogi State Government sealed his church on Monday, September 26, 2022, and moved out over 100 people mainly young women who claimed they came for prayer and had been spent months at the place, including others mentally unstable placed under chains.

The presiding chief magistrate, Abdul A. Umar gave the order, on Thursday,October 5, 2022,  following the experte application of the Department of State Security, DSS, to remand the accused person to enable them to continue further investigations.

In an experte application, the accused person was said to have committed culpable homicide, causing miscarriage and impersonation punishable under sections 224,232,433 and 325 of the Kogi State penal code.

The suspect would be charged by the High Court of Justice after the preliminary investigations are concluded.

The counsel to the defendant, Barrister Lawrence N. Ilobuno told the journalists that his client was arrested by the Department of State Security, DSS, on the 19th of September,2022, and has since been detained in their custody.

He pointed out he has approached the magistrate to file an application for bail because he has stayed more than the required days in custody without being charged to court.

Ilobuno noted that based on the experte application filed by the DSS for remand to enable them carry out further investigation, the magistrate has remanded the suspect at Kabba correctional centre for 14 days.

The case has been adjourned to 20th, October 2022 for mention.