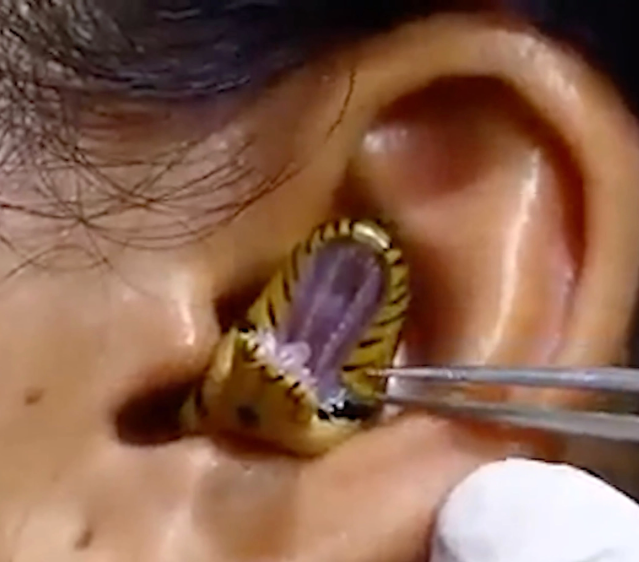 Shocking footage captured the moment that a surgeon tried to remove a live snake from a woman’s ear.

“The snake has gone in the ear,” reads the caption to the bizarre Facebook clip.

It is unclear where, when or how this unfortunate event transpired, local outlet the Economic Times reported.

In the nearly four-minute clip, an alleged medical practitioner can be seen using tweezers in a desperate attempt to extract a black and yellow snake from a female patient’s ear.

The video ends without revealing whether or not the surgery was successful.

Watch the video below.