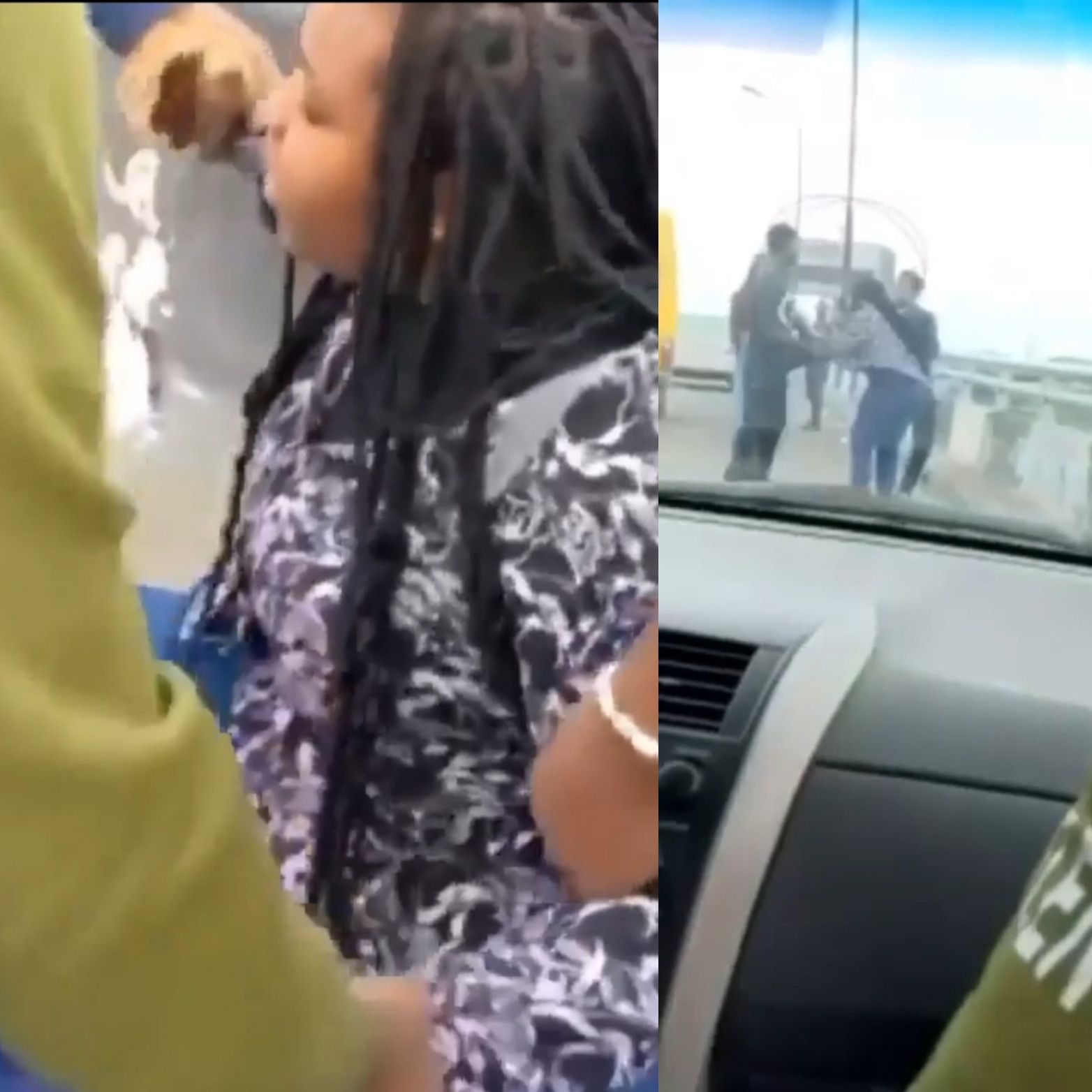 A woman was seen trying to commit suicide by jumping off Third Mainland Bridge to the Lagoon below.

In a video shared online, commuters are seen getting out of their cars and rushing to the woman’s aide to prevent her from jumping off the bridge.

“Why do you want to commit suicide?” one person asks as they make effort to restrain the woman who is bent on jumping into the lagoon despite their best efforts.

“What is going on?” another person asks the woman.

“Leave me alone,” the suicidal woman screams at the concerned citizens and tries to fight them off.