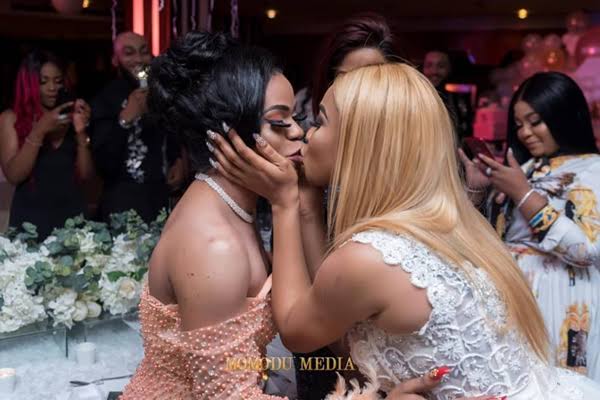 The controversial crossdresser, Okuneye Idris Olanrewaju, otherwise known as Bobrisky, disclosed a photo of him and Tonto Dikeh when they were friends, he revealed that he was on his own when Tonto Dikeh kissed her at a party.

According to Bobrisky, he said I was on my own when Tonto Dikeh kissed me. He said this to back-up his claims following his rift with Tonto Dikeh. The two celebrities have been dragging each other for some hours now. This dragging has been on for years, and they don’t feel like ending it soon.

It all started after Bobrisky messaged the self-acclaimed journalist Kemi Olunloyo privately, then told her not to mind Tonto Dikeh that she cannot do anything. Kemi posted the chat, then it resulted in a social media trolls between Tonto Dikeh and Bobrisky. The two ex-best friends are now dragging each other and revealing secrets they kept when they were friends. The argument doesn’t feel like it’s ending soon because they are making more posts to drag each other.