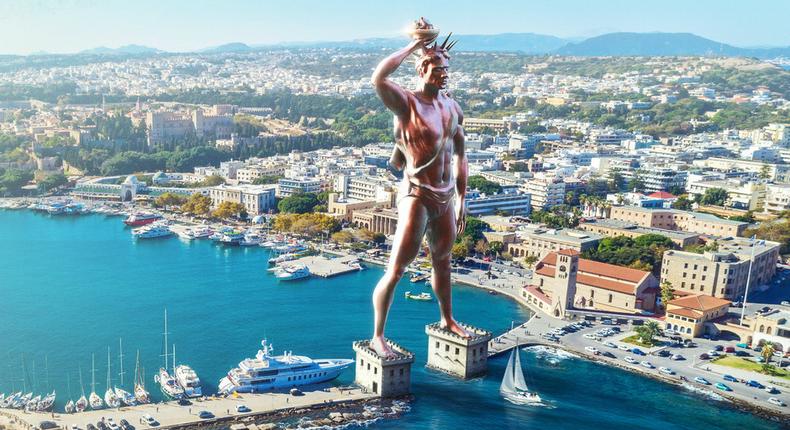 The seven marvels or wonders of the ancient world as it is commonly called, were selected by Hellenic travelers who were on a sojourn through Egypt, Babylon, and Persia.

These were carefully selected for their one-of-a-kind architectural designs and were actively included in poems, travel guides, and books. Herodotus, a famous Greek writer, and historian were the first to write about the structures; although he didn’t necessarily refer to them as wonders, neither did his publications about them survive; it, however, served as a source of reference for other writers who came later.

Of the seven exceptional architectural designs selected, only one remains standing today. This shows how time and space could destroy even the grandest of structural design.

1.The Great Pyramid at Giza, Egypt

This is the only structure that still stands today. It was built in 2570 BC as a burial for Pharaoh Khufu, 4th-century pharaoh at the time. Initially, the height from the base to the apex was 482 feet, but today, as a result of losses over time, it currently stands at 451 feet. It is rumored that it took about 20 years to construct.

One controversy that surrounds this structure is whether the garden existed at all. It is believed that it was constructed in 600BC and destroyed by an earthquake in 226BC. King Nebuchadnezzar II built the structure for his wife because she missed her home. The design was believed to be blooming flowers, waterfalls, and beautiful exotic plants. Hanging Gardens of Babylon

3. The Statue of Zeus

The Statue of Zeus at Olympia was carved out of ivory, gold, precious stones, and ebony. The statue depicts Zeus holding a large sceptre topped with an eagle in the left hand and a life-sized Nike- goddess of victory. The 12-foot statue was sculpted in 430 BC but got destroyed in 426 AD. Statue of Zeus

4. The Temple of Artemis

The temple of Artemis in Ephesus was initially built in honor of Artemis, the Greek goddess of hunting. It became a place of reverence and worship. It was constructed with glittered gold and marble. The temple was built in 550BC, but it went through a number of destruction and rebuilding. Temple of Artemis

The structure was constructed as an entombment for Mausolous, a governor in the empire of Persia. His wife, who doubled as his sister Artemisia initiated the construction. The structure was 135 feet and adorned with carvings and precious art pieces. It was destroyed after a raid by Alexander of Macedonia, alongside a series of earthquakes. Mausoleum of Halicarnassus

6. The Lighthouse of Alexandria

This was built at a harbor on the Pharos Island between 287- 247 BC. The structure is believed to be a form of blueprint and model for many lighthouses that have followed. By 1480 BC, it was destroyed, after a series of earthquakes. Lighthouse of Alexandria

The structure was a colossal statue of Helios- the Greek god of the sun. The people of Rhode Island erected the figure as a form of reverence for his shower of blessing and their victories. It was built in 282 BC and was destroyed by an earthquake in 226 BC when the statue snapped to its knee