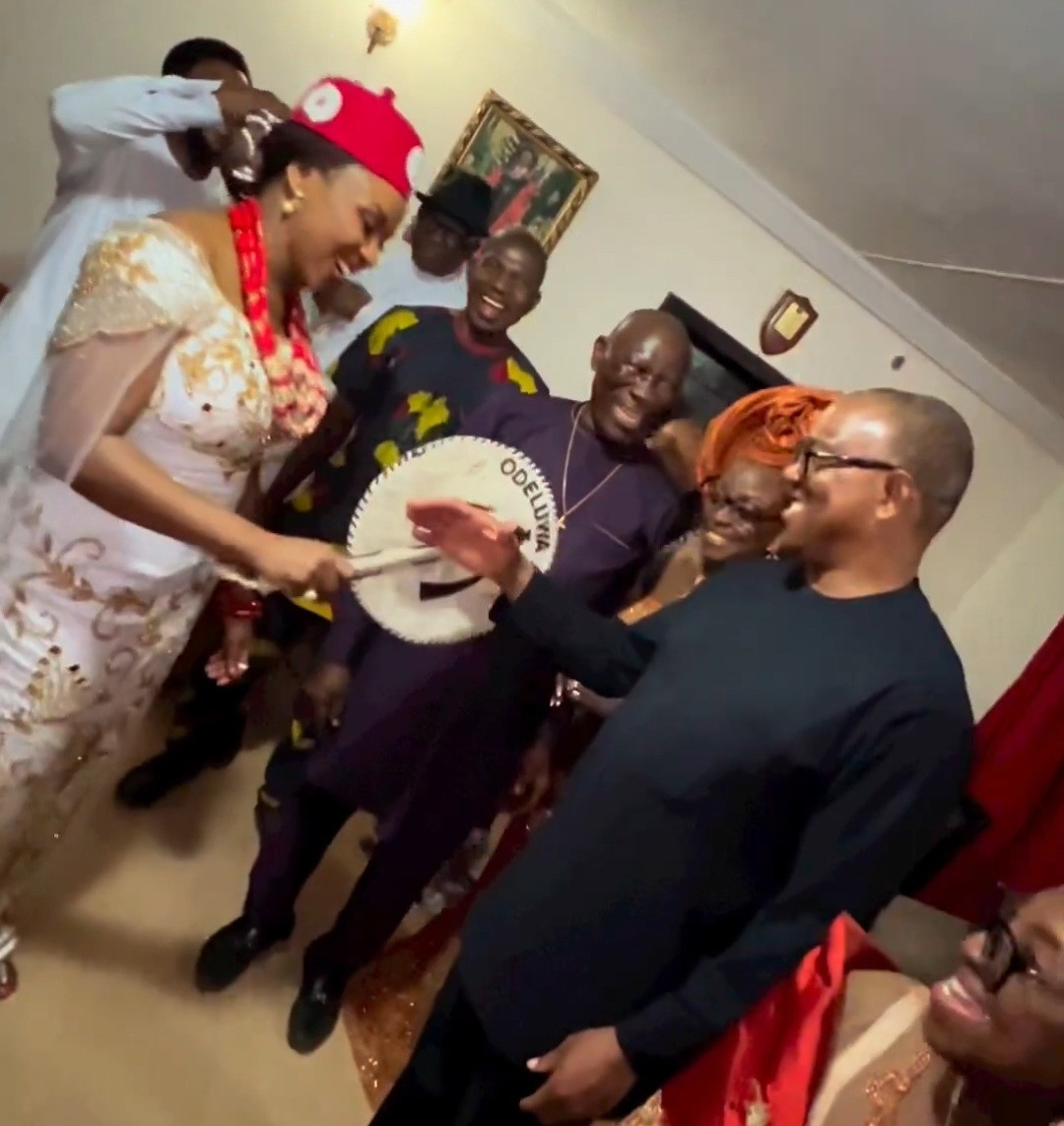 Chimamanda, who was conferred with the title of Odeluwa Abba, used her chieftaincy hand fan, which had her title on it, to shake Peter Obi.

He later took to Facebook to share a photo he took with Chimamanda while congratulating her on her conferment.