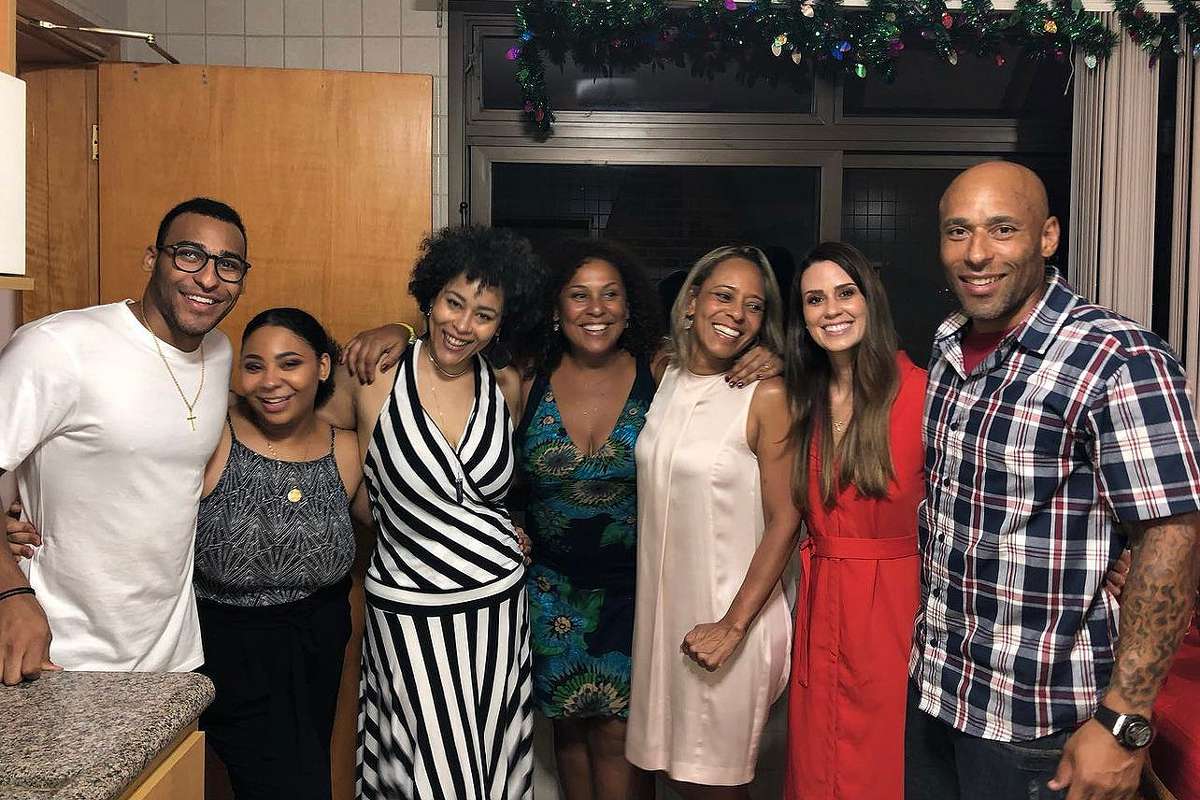 The football world is in mourning after the passing away of Brazil legend Edson Arantes do Nascimento popularly known as Pele. Pele died on Thursday at the age of 82 following a long battle with cancer. The man will forever be remembered for his World Cup heroics with Brazil that saw him lift the tournament a record three times. Nobody can remember with absolute certainty how Edson Arantes do Nascimento became contracted into just Pele, but those four letters commanded recognition and respect in all four corners of the globe. However, his life off the field was just as colourful as his famous Brazil kit, he had seven children from multiple affairs, but only six are alive to bid him farewell;

Kely is Pele’s first child and eldest daughter who he welcomed with his first wife, Rosemeri in 1967. Kelly is full of talents. She is an actress, singer, storyteller, public speaker, sports diplomat and currently married to a doctor. She has four children. Pele welcomed his second child, daughter Flavia, with journalist Lenita Kurtz, in 1968 while he was still married to Rosemeri (and would remain so for many more years). Flavia currently works as an advisory counselor at a major hospital in Brazil. Edinho is Pele’s fourth child and first son, who he welcomed with Rosemeri in 1970. Edinho played for four clubs, Santos, Portuguesa Santista, Sao Caetano and Ponte Preta before retiring from professional football in 1999, at the age of 29. He is currently a football manager in Brazil club Londrina and a father of two. The World Cup champ welcomed his fifth child, daughter Jennifer Cholby Nascimento, with Rosemeri in 1978. She is 44 years old as of 2022. There isn’t much known about her personal life. She rose to fame because of her father. In 1996, Pele and his wife Assiria gave birth to boy-girl twins, making them his sixth and seventh children. Although Josh, his kid, chooses to keep his life off of social media, public documents indicate that he was a soccer player like his father and older half-brother Edson. Josh’s identical twin sister, Celeste, was also born to Pele and Assiria in 1996. Even though she likes to live much of her life out of the spotlight, she occasionally makes cameos on the social media accounts of her half-siblings. As gathered, Pele had one other daughter Sandra Regina Arantes do Nascimento who he reportedly rejected due to the circumstances that surrounded her birth, until DNA evidence confirmed and court upheld he was the father in 1996. Sandra died from cancer in October 2006. She left behind her husband and two children.