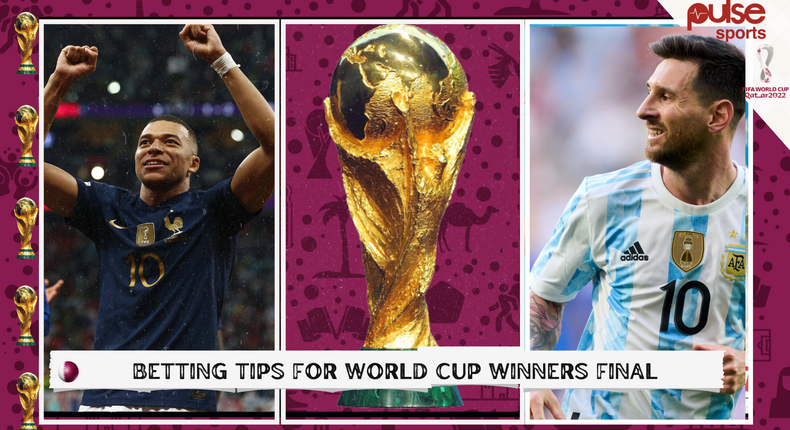 3 sure betting tips for the World Cup final

The World Cup is coming to an end, but the betting and winning from the World Cup does not have to end yet, with the final still to be played. ADVERTISEMENT

We take a look at some of the best picks from the several options available in the World Cup final between France and Argentina.

These are two teams who are very strong defensively, coupled with the occasion of the World Cup, the game is expected to be cagey. Otamendi in action for Argentina AFP

As stated earlier, this game has all the markings of a low-scoring fixture.

It is the World Cup final, and the managers on either side are quite pragmatic, the game is expected to start slow before coming to life.

Argentina have played out this outcome in five of all six games they have played in Qatar 2022, they tend to start slowly before bursting to life.

France have played out this outcome in four of their last five games in the tournament. Mbappe in action for France AFP

With both teams facing off in a final of all games, we expect this outcome to be played easily. Topics: