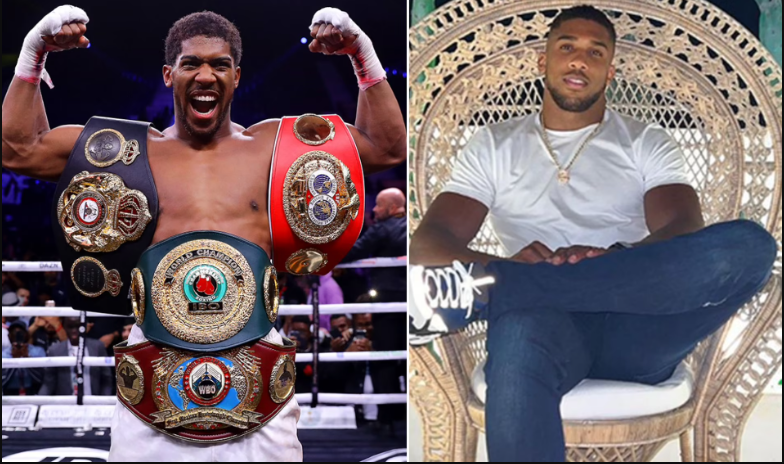 Anthony Joshua has admitted he’s nearing the end of his boxing career and ‘looking forward’ to retirement because he sees himself as an ‘old man’ ahead of his boxing return.

Joshua has not stepped foot in the ring since his second-successive defeat to Oleksandr Usyk in August – having lost his WBA, WBO, and IBF belts to the Ukrainian mastermind in September last year.

Joshua said he must work harder than ever to ‘make these last years count’. However, he did admit he was ‘looking forward’ to spending more time with his family once he retires.

Speaking to GiveMeSport, Joshua said: ‘I’m baffled, I’m an old man, where’s the time gone? So I always look at it like I’m not at the start of my career and I’m not in the middle, I’m at the end.

‘I personally always thought I would probably cry when boxing is done, because I put a lot into it inside and outside of the ring. Like you put a lot into your work, you wake up, you sacrifice, you’re tired sometimes; all that type of stuff, we all go through it.

‘Sometimes you have your bad days but I’ve always tried to be strong, well I am strong. I think now it would be making it through healthy and being able to enjoy commercial stuff without pressures of having to train after, enjoying going back to your family, just chilling. So that will be my major achievement, I’m looking forward to that.’

Joshua’s promoter, Eddie Hearn, has already revealed negotiations are underway for a heavyweight showdown with Wilder.

‘We’ve had a lot of talks, a lot of chats. Until the training team is confirmed for AJ. We won’t make any opponent selections because we want the input from the trainer.’

Hearn went on to add: ‘We’ve got three or four guys that we’re talking to and ready to try and make a move for.’