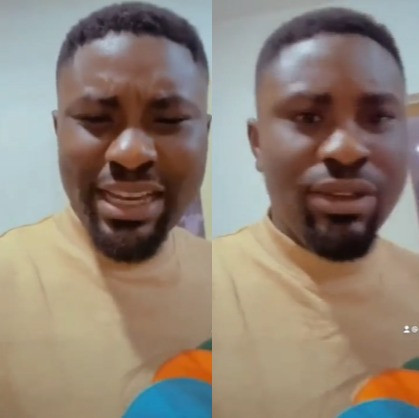 A Nigerian man has taken to social media to testify of how God saved him from suspected kidnappers in Benin city, Edo state sometime in 2006.

In a video shared online, the man said he was on his way to church when an old man accosted him and asked for help to cross the road. He said he helped the man and that was the last he could remember.

He said before he knew it, he was taken to a kidnappers’ den where other victims were kept and tied up. The young man said that subconsciously he could hear his mum praying and he was able to say Amen to the prayers.

According to him, a woman who was part of the syndicate came to him and asked who his mum is. He replied that that his mum is a pastor. According to him, the woman then asked that he be untied and given some onions to peel. He said when no one was looking, he seized the opportunity and ran for his life.

”Sometimes let’s learn how to say no. It doesn’t mean you are wicked. I have seen things happen We are leaving in a wicked generation” he said