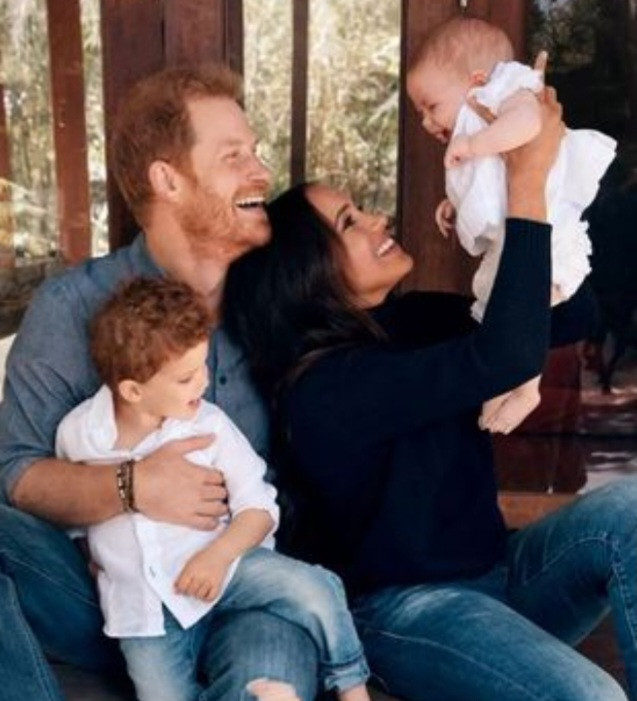 Prince Harry and Meghan Markle’s children are now entitled to HRH titles following the death of the Queen.

The change comes under rules set out by King George V in 1917.

As the children of a son of a sovereign – grandchildren of the newly named King Charles III – they also now have an HRH style title if they wish to use it.

Meghan claimed in her interview with Oprah Winfrey that her son was denied the title of a prince.

She also accused Buckingham Palace of failing to protect Archie by denying him 24/7 security.

When asked if it was important for her that Archie be called a prince, Meghan said she does not have any attachment to the “grandeur” of official titles.

But she said it was about “the idea of our son not being safe, and also the idea of the first member of colour in this family not being titled in the same way that other grandchildren would be.”

The tradition stems from Prince Harry’s great-great-grandfather George V when he issued a Letters Patent in 1917.

A spokesperson for Debrett’s previously told the Mirror: “In 1917, King George V ordered that only the grandchildren of the monarch would be entitled to use the style of prince or princess and HRH.

This means that only Prince George, as a great-grandson of the monarch down the direct line of succession to the throne, was originally entitled to be a prince.

The Queen stepped in ahead of George’s birth to issue a Letters Patent to ensure all the Cambridges’ children would have fitting titles.

This did not extend to Archie and his younger sister Lilibet.

However, with Charles now King, they are now the grandchildren of the monarch and can be styled HRH and prince or princess.