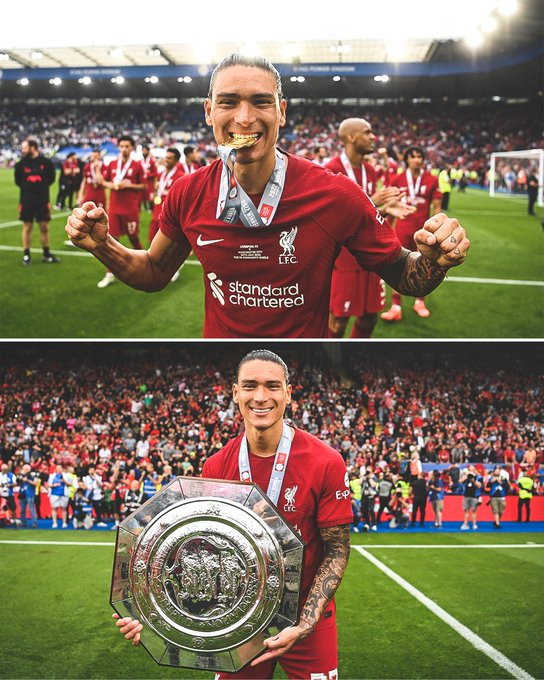 Liverpool were pipped to the Premier League title by a single point last term after a season-long fight with City, but in a game played at the King Power Stadium, the two sides did not hold back.

City’s star summer signing Erling Haaland drew a good save from Adrian, while Nunez had a one-on-one effort kept out by Ederson.

But in d second half Manchester City equalized, after Julian Alvarez a new signing prodded home, after Phil Foden’s shot was saved from close range.

As the match approached the closing minutes,Mohamed Salah edged Liverpool back in front by scoring from the penalty spot after referee Craig Pawson ruled that Ruben Dias had handled the ball inside the area.

Nunez, basking off the euphoria from being the clubs new signing, stooped to head in from close range before wheeling off to celebrate in front of his new supporters.

Liverpool came agonisingly close to a quadruple last season as they won the Carabao Cup and FA Cup, but they missed out on the league by the narrowest of margins and were defeated in the Champions League final by Real Madrid. With the win, Liverpool manager, Jürgen Klopp has completed the full set of trophies at Liverpool.