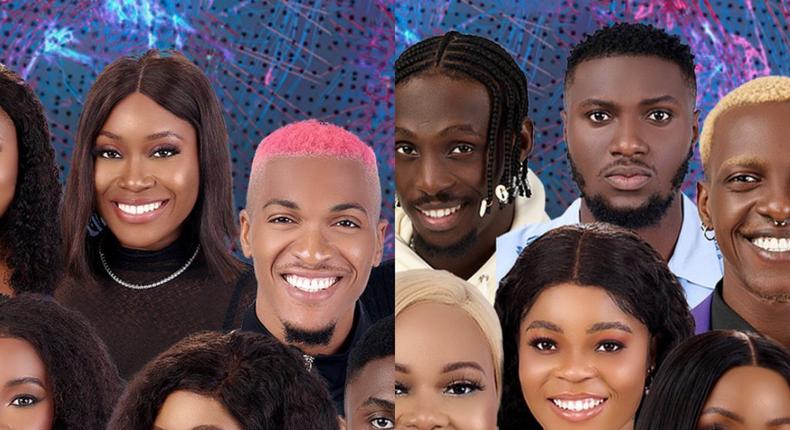 Don’t miss out on the highlights of from the ‘Level Up’ houses.]

The Saturday night party is live!

The 2-hour party will be the first time the houses will party together. Unfortunately for level two housemates, the party ends at 12:00 am. For winning yesterday’s wager, level one housemates will have extra hours of drunken fun.

The housemates have had a rocky relationship all week. Today’s trade of words was inspired by the weekly shopping.

The housemates have been found guilty of playing to the camera.

Big Brother has issued a stern warning to Sheggz, Phyna and the whole house on attempting to communicate with viewers or to infer what viewers might be thinking.

The warning was issued right after the wager presentation which was won by the level two house.

The housemates get 1500 pocket naira, exclusive access to shop for the week, Thursday’s pool party and Saturday’s after party.

Once again, the houses have come together to present their presentation. Recall that the houses were instructed to form three groups of four housemates. They were told to prepare a talent showcase which will be performed simultaneously.

Levels will compete against each other. The winning level will be determined by the creativity , originality and organization of their performance. Biggie did not mention talent as the focus of their showcase will be on how the groups creatively put together something memorable.

The perks will see the winning level have the opportunity to shop on Saturday while the losing team will survive on the bare minimum. Only the winning team will party next Thursday and the Saturday after party.

The housemates have been instructed to prepare for the first pool party slated for 10:00pm tonight.

For winning, the housemates get the cup cakes designed by the level one housemates.

The housemates are hard at work on a cake which will be presented to Big Brother in a few minutes.

Missed the Beauty and Groovy kiss?

Level two housemates Beauty and Groovy and moving things up with the speed of light. The housemates grabbed a brief kiss last night.

What do we call this ship? The housemates continue to cozy up to each other

The Level one housemates’ first Diary Session is ongoing

The housemates are sharing with Biggie their thoughts on being on the show.

Lounge time is over for the housemates as Biggie has directed each house to create a theme song. The music must be an original song composed by the housemates and not a cover of any existing song. The housemates will perform the song as part of their Friday task.

Chichi talks about her life as an exotic dancer

The level two housemate hinted to Eloswag that she experienced depression especially when she began the career journey.

The diary sessions are officially underway!

The first diary session of the season has kicked off with the Level two housemates. For the session, Big Brother is curious about how the housemates feel about the houses and their winning chances 72 hours into the game.

Phyna and Chichi clash over strategy

Chichi and Phyna got into a heated exchange over Chichi’s obsession with level two housemates.

It’s officially day 2 of the Level Up game and so far, ships have started forming, housemates are bonding even more.

It appears the housemates were paired together for a week before the show launch. The housemates are currently sharing what the know about their paired housemate from the other house.

For having the poorest performance of the HOH games, Bella has been directed by Biggie to wear her clothes inside out for the week. The directive excludes her undergarments.

There will be no nominations for the week but the HOH must keep this a secret from the house.

Eloswag wins the first HOH games of the season

The level two housemate holds the sole right to nominate a housemate for possible eviction until stated otherwise.

The Head of House Game is ongoing

The season’s head of house game is officially on! Interestingly, Big Brother united the houses for the game, another hint that we will be in for some mind-blowing twist this season.

Big Brother has announced Bella as the first tail of the season with her reward to be announced soon.

The housemates got into a heated argument over Big Brother’s wager task.

The housemates have been directed by Big Brother to plan and deliver a talents show due on Friday. The housemates must split themselves into a group of four with each member of the group showcasing a distinct talent.

Day 1 It’s no news that the 24 housemates are in separate houses, accessible on two separate channels, a twist that’s got fans curious about Biggie’s motive. Speaking of Big Brother, the housemates have received their first wager task of the season