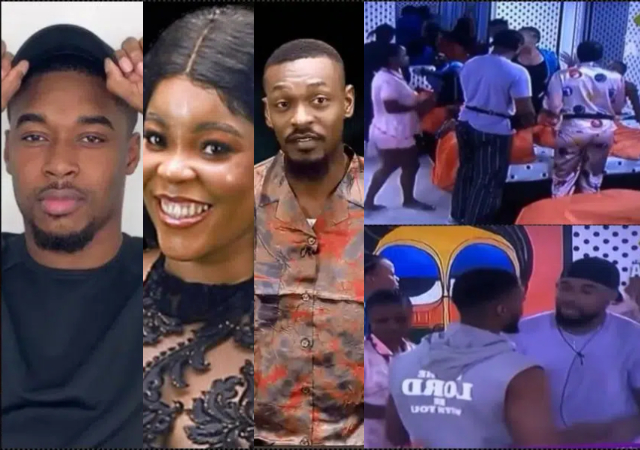 Gbas gbos has ensued in the Big Brother Naija ‘Level Up’ as housemates, Adekunle, Shegzz, and Chichi engaged in a heated argument.

It all started when Adekunle narrated his group drama while mentioning a certain village girl from Benin.

The claim, however, triggered Diana who was a Benin girl as she argued that Benin isn’t a village as suggested.

Chichi dived into the argument as Adekunle struggled to justify his narration as not being condescending while involving Allyson who also came from Benin.

Shegzz cautioned Adekunle over the statement as he mentioned how upset he was with Bella for supporting Adekunle.