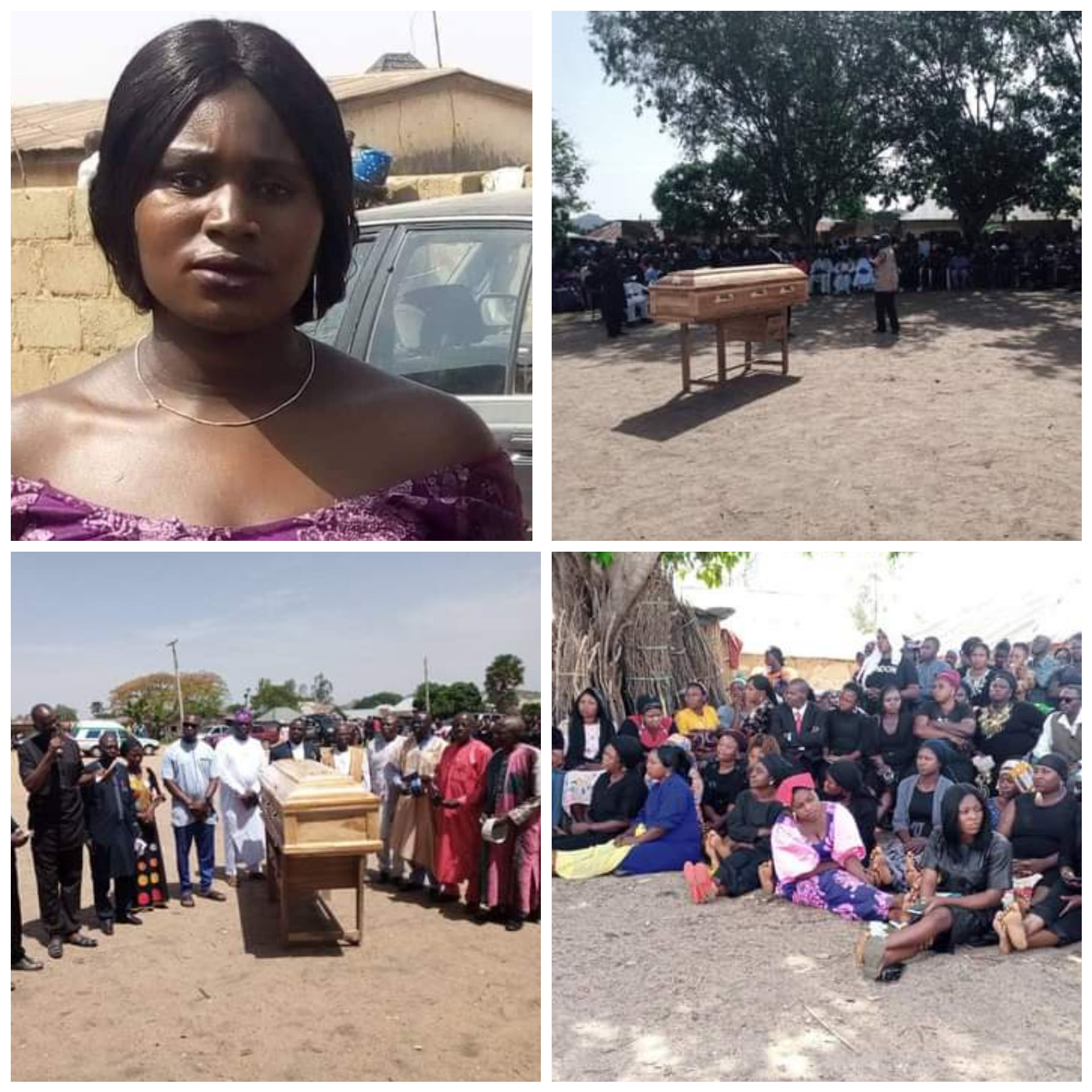 The 23-year-old woman, Mercy Samuel, who was allegedly murdered by her husband has been laid to rest in Plateau State.

LIB had reported that the mother of two was allegedly attacked by her husband, Samuel Matthew, on Sunday night, April 17, at Vom road in Jos South local government area of the state.

The suspect is being accused of taking her phone and absconding after the said attack.

Mercy was found at home the next morning with her stomach ripped open, and intestines cut out. She was rushed to the Bingham University Teaching Hospital, Jos, but she died on Wednesday, April 20.

The burial ceremony took place at Gyel in Jos South Local Government Area at the weekend.

The burial had in attendance many interest groups who spoke on violence against women and girls, including the Jos South Traditional Council of Chiefs, FIDA, WRAPA, representatives from the Federal Ministry of Women Affairs Abuja, First lady Jos South LGC and Members of WALGON.

Also in attendance were directors from the Plateau State Ministry of Women Affairs and Social Development.

Plateau State Government, through the State Ministry of Women Affairs gave out cash donation to the family of the deceased to take care of the little children she left behind.