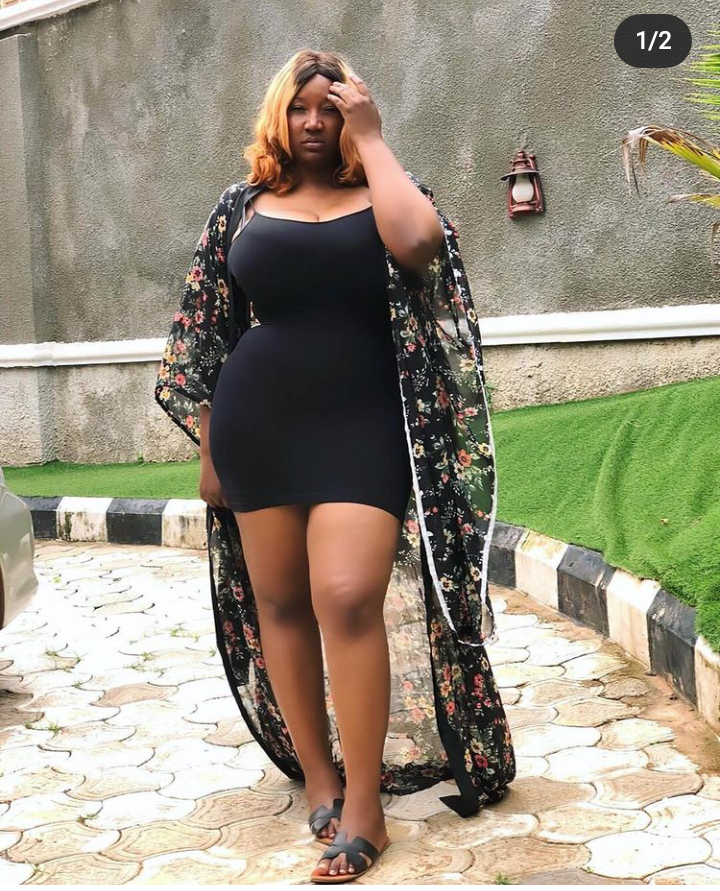 Yul Edochie a popular Nollywood actor have revealed his second wife yesterday after a tweet on his verified Instagram handle making it open that he has gotten a new child( Star Dike Munachimso Yul Edochie) with a Nollywood actress named Judy Austin.

A few months ago, there have been a report circulating about Yul Edochie impregnating Judy Austin before the news broke out yesterday, but he responded that the news was a rumor and the work of people who wanted to tarnish his reputation.

Fans are curious to know more about Judy Austin after Yul Edochie let the cat out of the bag. In other to quench our curiosity, I will inform you who Judy Austin the second wife of Yul Edochie is, her native, her real name, and other things you need to know about her.

Judy Austin whose real name is Muoghalu Uchechukwu Judith is a native of Umuoji Idemilli Anambra State where she grew up. The Nollywood actress who has a strong attachment to Igbo culture attended Nnamdi Azikwe University in Awka.

At the age of sixteen, Judy began the journey of her modeling and music career before becoming famous in the Movie industry.

Due to her personality, attractive appearance, and how she aced her audition some people have motivated her to move into acting. And since then she has made her way into Nollywood, currently, she is a movie producer, brand ambassador, and the CEO of Judyaustin Boutique.

In 2020 when Judy Austin was interviewed by the Vanguard Newspaper, she said that she doesn’t consider marriage to be an accomplishment because a lot of people go into marriage for the sake of material things, statute, and other reasons.

Yul Edochie and Judy Austin Stirred in a movie called “Native Girl”. According to her she affectionately refers to Yul as her “boyfriend” because of their close relationship. And she is also close to Pete Edochie the father of Yul Edochie the legendary Nollywood actor.