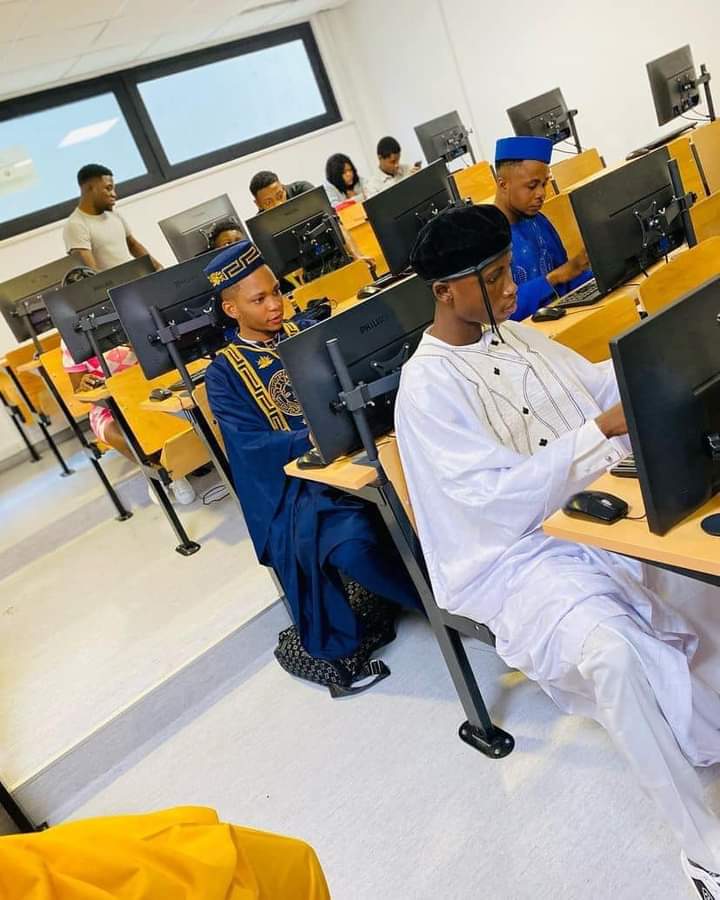 General overseer Omega Power Ministries (OPM) International, Apostle Chibuzor Gift Chinyere has taken to Instagram to share photos of security boys from Chicken Republic who were dismissed for dancing while at work.

It would be recalled that the boys went viral after a consumer captured them dancing while at duty in one of the eatery outlets in Aba.

However, days after the video surfaced on social media, the management of the security firm they work for allegedly punished.

Chinyere had picked the boys nicknamed ‘Happie boys’ and sponsored the young men abroad to study.

Taking to his social media, Apostle Chibuzor shared amazing new photos of the boys who are currently studying in Cyprus after relocating abroad.

He captioned the photos;“Happie boys go to school in African style in there university at cyprus.NA GOD…..”

See photos of the boys below;