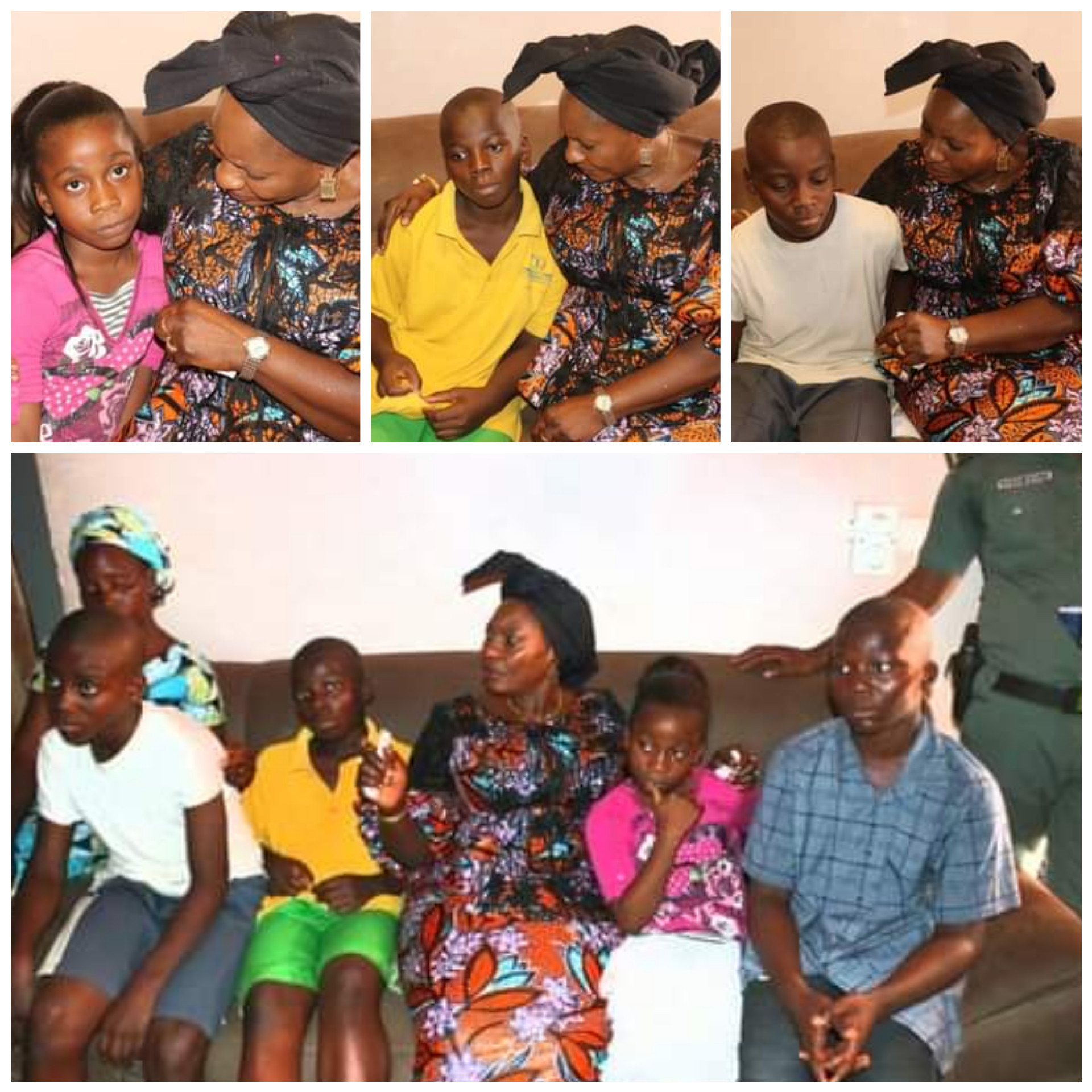 The Minister of Women Affairs, Dame Pauline Tallen, has demanded justice for late gospel singer, Osinachi Nwachukwu who was alleged to have died as a result of domestic violence.

The Minister tabled the demand in a statement signed by the Director, Press & Public Relation, Olujimi Oyetomi, after she paid a condolence visit to the family of the late singer at Arco Estate, Abuja, on Monday, April 11th April.

“The Honourable Minister has after her visit been compelled to demand on behalf of Nigerian Women and Mothers, for two things: Justice for the late ‘Ekwueme’ crooner who was alleged to have died as a result of gender-based violence (GBV) perpetrated by the husband, as well as full protection for the children left behind by the late singer,” the statement read.

“Even though reports had it that the late singer was hospitalized for throat cancer disease before her death, social media claims would just not go away that she suffered GBV in the hands of her husband

“Presently, the children of the deceased were being cared for by a family friend, Mr. Sunday Achino from the Church where the late singer worshipped – Dunamis Church,”

Dame Tallen was accompanied on the condolence visit by her Permanent Secretary, Engr. Olufunso Adebiyi,members of Civil Society Organizations, Directors of Federal Ministry of Women Affairs, with protection from security details attached to Her Excellency’s Office.

“The Minister’s entourage did not meet the late singer’s husband who was disclosed to have been taken into protective custody by the Police, but she embraced the children and encouraged them to speak to her and the Permanent Secretary after she demanded that her entourage should disengage and allow her to have a private session with the children,”

“After her long private session with the children, the Honourable Minister emerged to demand justice for the late singer stating that even though the extent of allegations and stories on social media should be taken with caution.

“There is no smoke without fire!,” she stated. “I have confidence in the Police and the Judicial system to ensure justice for the late singer; and I also demand that the children should be offered special protection; those are what the Nigerian women, whom I stand to represent are demanding of this situation.”