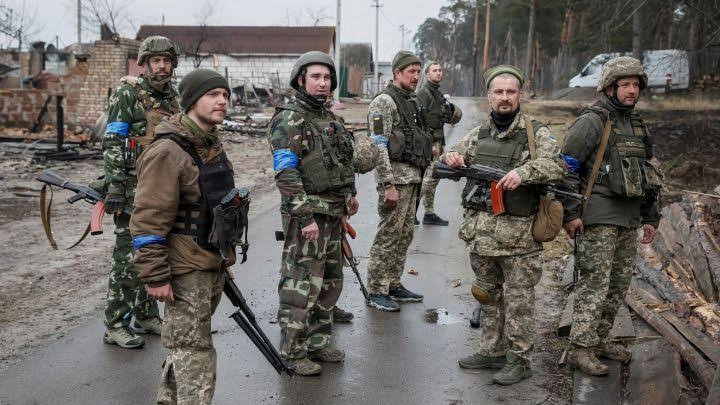 The Ukrainian government has doubled down on its request for weapons from Transatlantic military alliance, NATO saying it is ready to sacrifice lives in order to stop Russia from spreading it’s invasion into other countries.

Bucha is the town near Kyiv where reports and photographs have emerged in recent days showing horrific violence committed by Russian soldiers against local residents.

“The more weapons we get and the sooner they arrive in Ukraine, the more human lives will be saved, the more cities and villages will not be destroyed, and there will be no more Buchas” Kuleba said.

“I think the deal Ukrainians are offering is fair: you give us weapons, we sacrifice our lives and the war is contained in Ukraine. This is it.”

“My agenda is very simple. It has only three items on it: weapons, weapons and weapons,” Mr Kuleba said before a meeting with Nato foreign ministers on Thursday.

His statement comes as NATO foreign ministers meet today, April 7 in Brussels where they will discuss military aid to Ukraine.

Meanwhile, Russia has warned that “pumping weapons into Ukraine” will have a “negative effect” on peace talks between Russian and Ukranian officials.

Ukraine is not a member of Nato but it is being supported by the alliance with weapons.