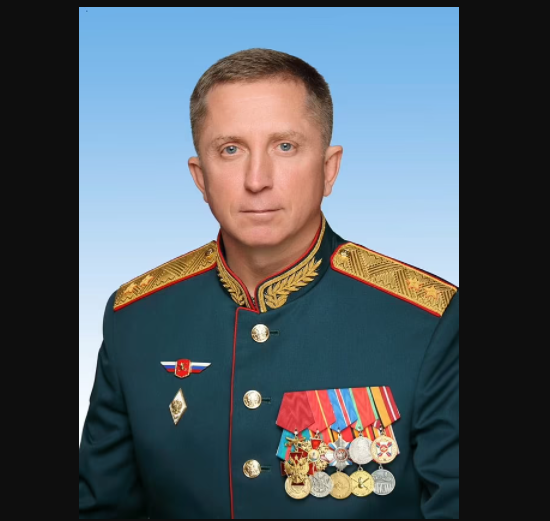 Russia has lost another of its generals in the war in Ukraine, Kyiv military sources said.

Lieutenant General Yakov Rezantsev, 48, commander of the army’s 49th combined arms division, became the fifth general to be killed after being taken out in a strike by the Ukrainian armed forces, sources in Kyiv said.

The news means, the Russian army has now lost a staggering 16 military commanders in a month, as Putin’s invading forces suffer heavy losses at the hands of  Ukrainian defenders.

Rezantsev, who bragged on just the fourth day of the war that it would be over in a matter of hours, was apparently killed after the Ukrainian army destroyed the commanding post of the 49th Russian Army in southern Ukraine.

A soldier claimed Rezantsev told them on the fourth day of their deployment: ‘It’s no secret to anyone that there are only a few hours until this special operation is over.’

‘And now those hours are still going.’

A senior NATO military officer said the alliance estimates that Russia has suffered between 30,000 and 40,000 battlefield casualties in Ukraine through the first month of the war, including between 7,000 and 15,000 killed.

Rezantsev is the fifth Russian general that Ukraine claims to have killed since Russia invaded their country.

Major-General Oleg Mityaev, 47, commander of the army’s 150th motorised rifle division, died fighting in the besieged city of Mariupol while Major General Vitaly Gerasimov, 45, was killed on March 7 outside the eastern city of Kharkiv.

The chief of the Russian army has stated that Russia will focus its main war effort on the “complete liberation” of the eastern Ukrainian Donbas region, a change from its previous mission of trying to invade the whole country, decapitate the Kyiv government and change leadership.

On Friday, March 24, the defence ministry said Russia had been considering two options for its “special military operation” – one covering the whole of Ukraine and one focusing on the Donbas.

The comments come as Russian forces have met strong resistance in the north of Ukraine and around Kyiv.

Sergey Rudskoy, head of the main operational department of the General Staff of the Russian Armed Forces, said 93% of Luhansk oblast and 54% of Donetsk oblast was under Russian control.

He said Russia had destroyed the vast majority of Ukraine’s air force and navy, and this marked the successful end of the first phase of the conflict, he added.

However, the defence ministry said Russia would react immediately to any move to close airspace over Ukraine – something Ukrainian President Volodimir Zelensky has repeatedly urged.