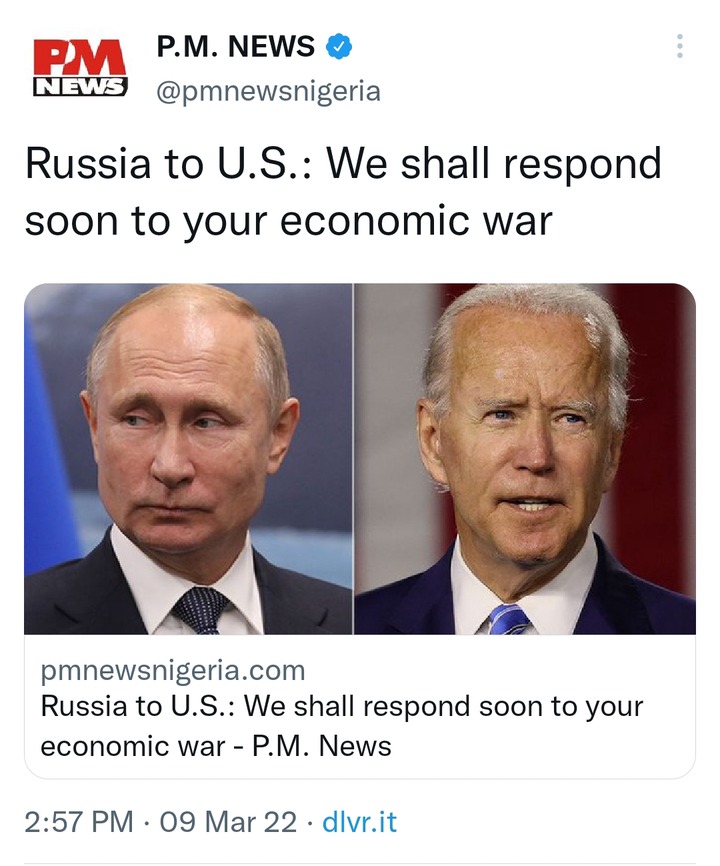 Many countries have taken unfriendly actions against Russia due to their decision to invade Ukraine.

Yesterday, US President Joe Biden has announced a ban of Russian oil imports, as part of measures to punish Russia for the invasion of Ukraine.

The latest measure, which included other energy imports, ramped up the pressure campaign on Moscow.

However, Russia accused the United States on Wednesday of declaring an economic war that was sowing mayhem through energy markets.

It then put Washington on notice it was considering its response to a ban on Russian oil and energy.

Russia’s economy is facing the gravest crisis since the 1991 fall of the Soviet Union after the West imposed heavy sanctions on almost the entire Russian financial and corporate system following Moscow’s invasion of Ukraine.

Nevertheless, Russia said on Wednesday that negotiations with Kyiv to resolve the Ukraine conflict were making headway and underscored that Moscow’s troops were not working to topple the Ukrainian government.