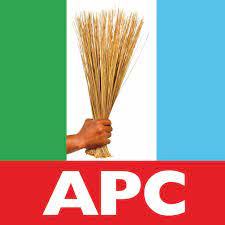 Thirteen governors elected on the platform of All progressive congress (APC ) are fore warning that if the Chairman of the party’s Caretaker Extraordinary Convention Planning Committee , Mai Mala Buni is removed , they will move to The opposition party ,PDP and team up with them.

Mai Mala Buni, governor of yobe state was in 2020 elected the Chairman of CECPC by the national executive council of APC. The party also agreed he is to remain the chairman until the national convention is held.

A meeting was held in Abuja on Monday during which some APC governors claimed that president Buhari has named Niger State governor, Abubakar Sani Bello the new CECPC Chairman.

The 13 Governors in the same meeting at Abuja on Monday stated that they are being neglected. According to them. This is not the first time such an act of neglect and humiliation is shown towards them.

According to a report from news diary, the Governors said,

“what we are saying is that we are ready for them. We are not saying that Mai mala Buni should not stop being the Chairman of CECPC, but our point is that there must be due process. There is the proper way to go about it, not some character sneaking to the President in the dark of the night and then come out throwing the President’s name around.” “If they want us to fall out with them as fellow APC Governors then we are ready. But this thing about being dictatorial must stop. It is a democracy, and the APC must run as a democracy. Or else there is no example we are showing anybody as leaders