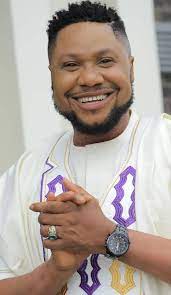 Nigerian gospel singer, Prince Chinedu Nwadike is currently down with kidney disease and he’s also urgently in need of funds to help proceed with his treatment.

The singer in a video uploaded on his Facebook page said that he’s currently at a hospital in Abuja and he also called on some famous Nigerians such as Obi Cubana, E-Money, Rochas Okorocha, Governor Hope Uzodinma, and many others he mentioned to help him out. Prince Chinedu Nwadike could be seen in a hospital bed as he narrated his current health condition, he said that his condition is very serious and he’s also suffering from internal bleeding.

He said he was given 250 thousand naira by E-Money as he arrived at the airport today in Abuja and that’s what has been sustaining him but he needs all the help he can get from Nigerians. Along the line he pleaded that he don’t want to leave his children, he said they’re too young and they still need him.

Many Nigerians who reacted to the video have also supported him with prayers, see people’s reactions.

Our support in prayers could go a long way in helping Prince Chinedu, he currently needs all the encouragement and well wishes he can get.