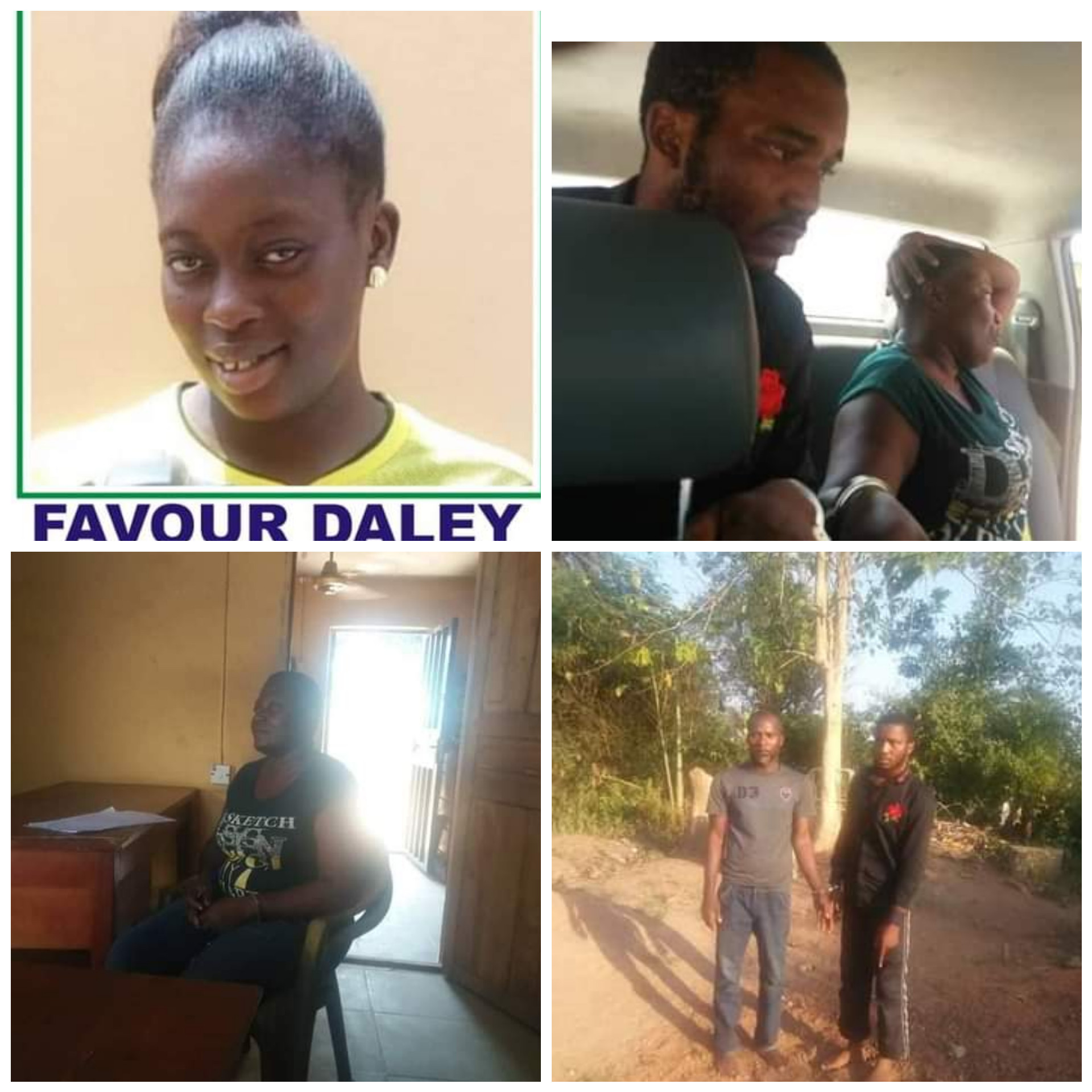 A police officer has explained how they tracked the mobile phone of late 400 level student of the Lagos State University, Favour Seun Oladele-Daley, to Osun State.

Oladele-Daley was brutally murdered by her friend, Owolabi Adeeko, an ex-student of LASU, in collaboration with his mother Mrs Adeeko and one Prophet Segun Phillip, said to be a serial money ritualist. Read previous report HERE

The deceased’s body parts was allegedly eaten by Owolabi and his mother in a bid to change their family’s misfortunes.

According to Punch report, the trial of the trio for murder resumed on Wednesday, March 2, at Osun State High Court, Ikire Division, with a prosecution witness explaining how the defendants were linked to the crime.

Answering questions posed to him by the prosecution team from Osun State Ministry of Justice led by the acting Solicitor General and Permanent Secretary, Adekemi Bello, a member of the Police investigative team from Mowe Police Division in Ogun State, Joseph Adesina, told the court that the defendants killed and severed the body of the deceased on December 8, 2019, at Cherubim and Seraphim Church, Solution Chapel, Ikoyi-Ile, Osun State.

Bello also said the phone tracker used to monitor the mobile phone of the deceased led the team to Ikoyi, where Segun was arrested.

Giving further details, Adesina, who was the only witness that was called during the day’s proceedings, also said the IMEI number of the late Seun Oladele-Daley’s phone was used to track her handset.

He added that upon Segun’s arrest, the phone of the deceased was recovered from him, before Owolabi and his mother were arrested.

Justice Christiana Olokede-Obadina, who presided over the matter, later adjourned the case till April 7 for the continuation of hearing.