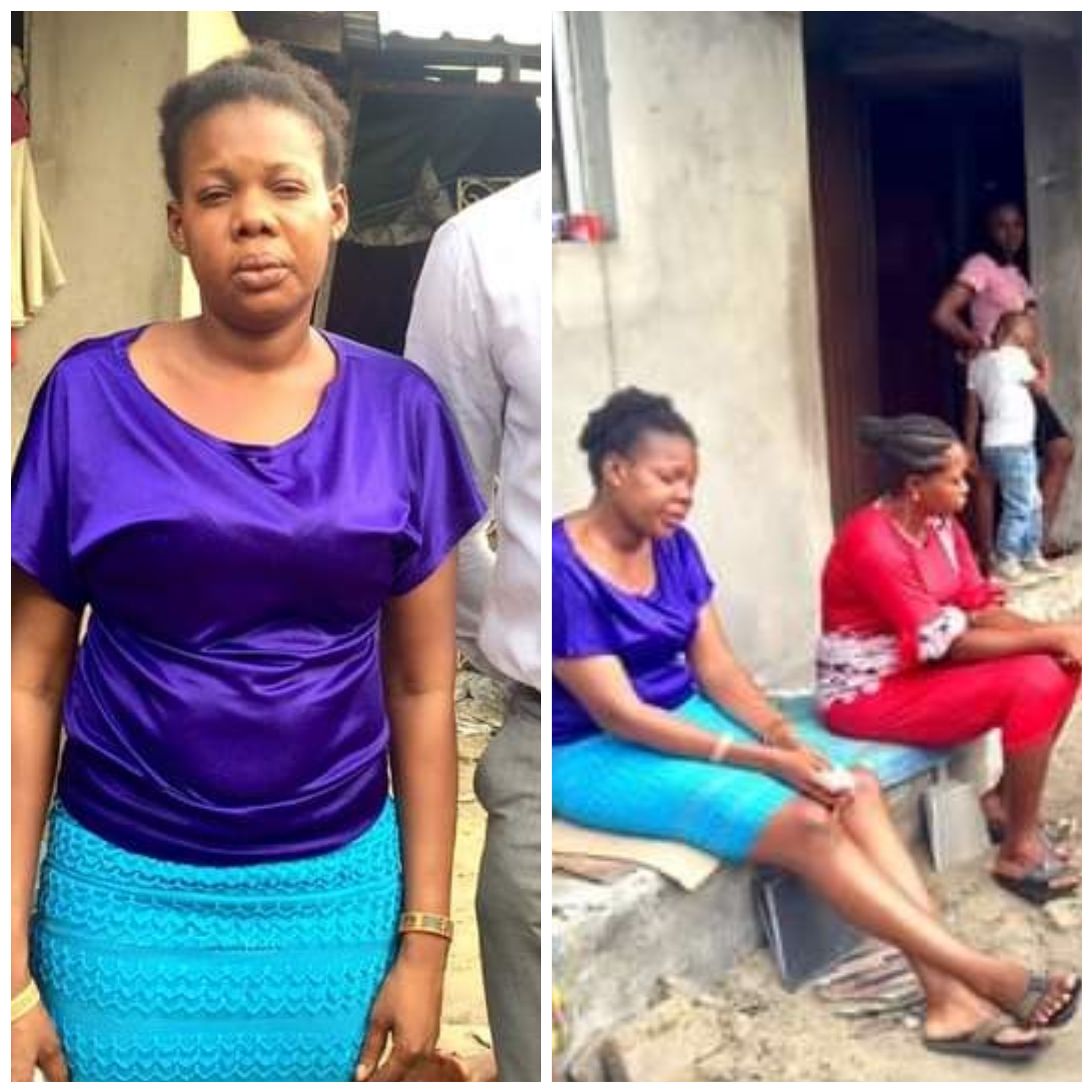 Tragedy struck at Akiama Community in Bonny Local Government Area of Rivers State as two brothers drowned in a canal on Saturday, February 19.

The siblings, aged 10 and 7, were children of a widow, Mrs. Ogechukwu Thankgod, whose husband, a dealer in interior decoration materials, died about two years ago.

It was gathered that corpses of the two children were discovered lying on the mud after the river had ebbed.

The canal runs through from behind the Mountain of Fire and Miracles Ministries (MFMM) through the Akiama Road and evacuates at the Akiama Creek.

According to reports, the culvert across the canal was reconstructed last year in order to contain the flooding causing erosion in the area.

The Chairman of Bonny Local Government, Dame Hon Anengi Barasua AJP, on Sunday, February 20, paid a condolence visit to the family of the children at their residence in Akiama.

Dame Barasua, who was represented by her Chief-of-Staff, Comr Austin Onu Pepple, expressed grievance over the incident.

She used the opportunity to call on community leaders around Bonny to show responsibility by ensuring restrictions are fortified around danger prone zones in their areas of influence.

The Bonny LGA boss noted that the loss of two children by a widow in one day and in such horrendous manner was a painful experience.

She prayed that the bereaved mother, Mrs Ogechukwu ThankGod would find peace and course to bounce back soonest.

Meanwhile, a former youth leader of Akiama Community, Ibifubara Allaputa, has expressed sadness over the death of the two children.

He lamented that the parents and guardians living around the canal failed to cooperate with the leadership of the community to keep off their children and wards from the canal leading today’s incident.

He regretted that despite several efforts aimed at dissuading the children from swimming in the canal, they had remained adamant.

Ibifubara Allaputa, who is also the Director of Pollution at the Bonny Youth Federation (BYF), noted with regrets how efforts by the community to discourage children from swimming in the canal was yet to yield results, warning that henceforth any child caught swimming there will be handed over to the Police.