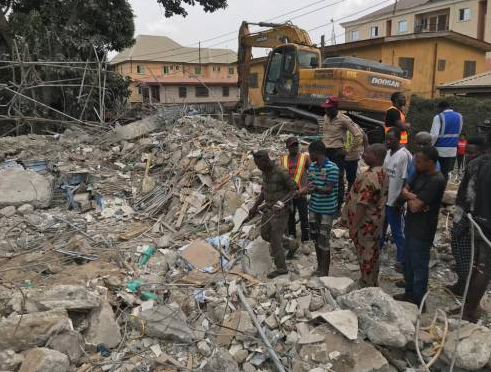 The death toll at the site of the collapsed three-storey building in the Yaba area of Lagos now stands at five.

The bodies of the deceased persons were recovered from the rubble of the building which collapsed on Saturday, Feb. 12.

One of the lifeless bodies recovered on Sunday, Feb. 13, was that of a student on industrial training, raising the death toll to five.

As of Saturday night, three people had been confirmed dead.

The building on Akanbi Crescent, close to the University of Lagos, Yaba, was under construction when it collapsed on Saturday.

According to the PRO, the recovered persons from the rubble were two adult males while the “five dead persons were also males”.