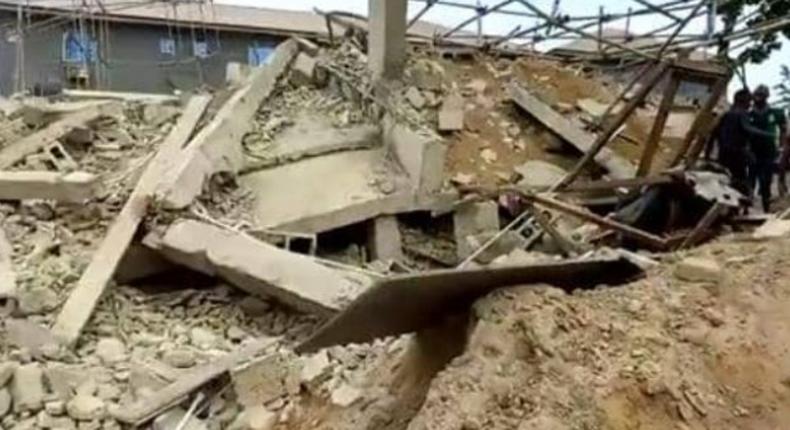 Another storey building under construction has collapsed in Lagos State with some construction workers trapped under the rubble.

The building located at Akanbi street in the Yaba area of the state collapsed on Saturday, February 12, 2022.

An official of the agency who spoke to TheCable said five construction workers are beneath the rubble.

The anonymous official said, “Upon arrival of LASEMA response team at the incident scene, a three-storey building under construction was discovered to have collapsed.

“Further investigation revealed that the construction workers numbering about five were on site when the structure came down and are still trapped underneath.”