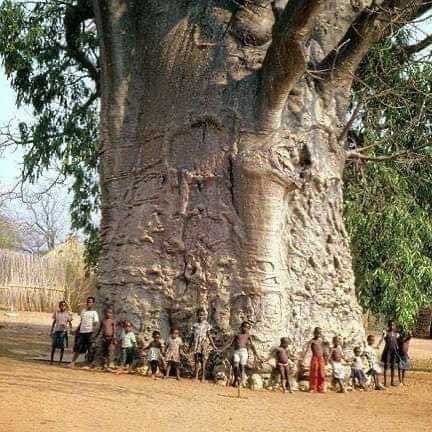 There is a way scientists tell how long matters have been in existence. This method is called Carbon-dating. The Baobab trees usually have a very long life span. They can live for as long as 3,000 years. The Baobab trees are known for having a large trunk which is like the size of 6 massive trees. Some of them have hollows in the trunk. The Baobab is also referred to as the upside-down tree because their branches look so much like roots. They are a great source of legend and folklore. The Tree Bar In South Africa A look inside the tree bar.

It became a tourist centre in 1993 when the owners of the bar, Henther and Doug Van Heerden made a deeper hollow in the tree. A door was placed in a squared off natural vent in the trunk. There are draft beer, seats and a music system inside the bar. Record has it that 60 people once attended a party inside the tree bar. Though the bar is no more in use. It closed in 2017 when the tree split and a large part of the bar was gone.