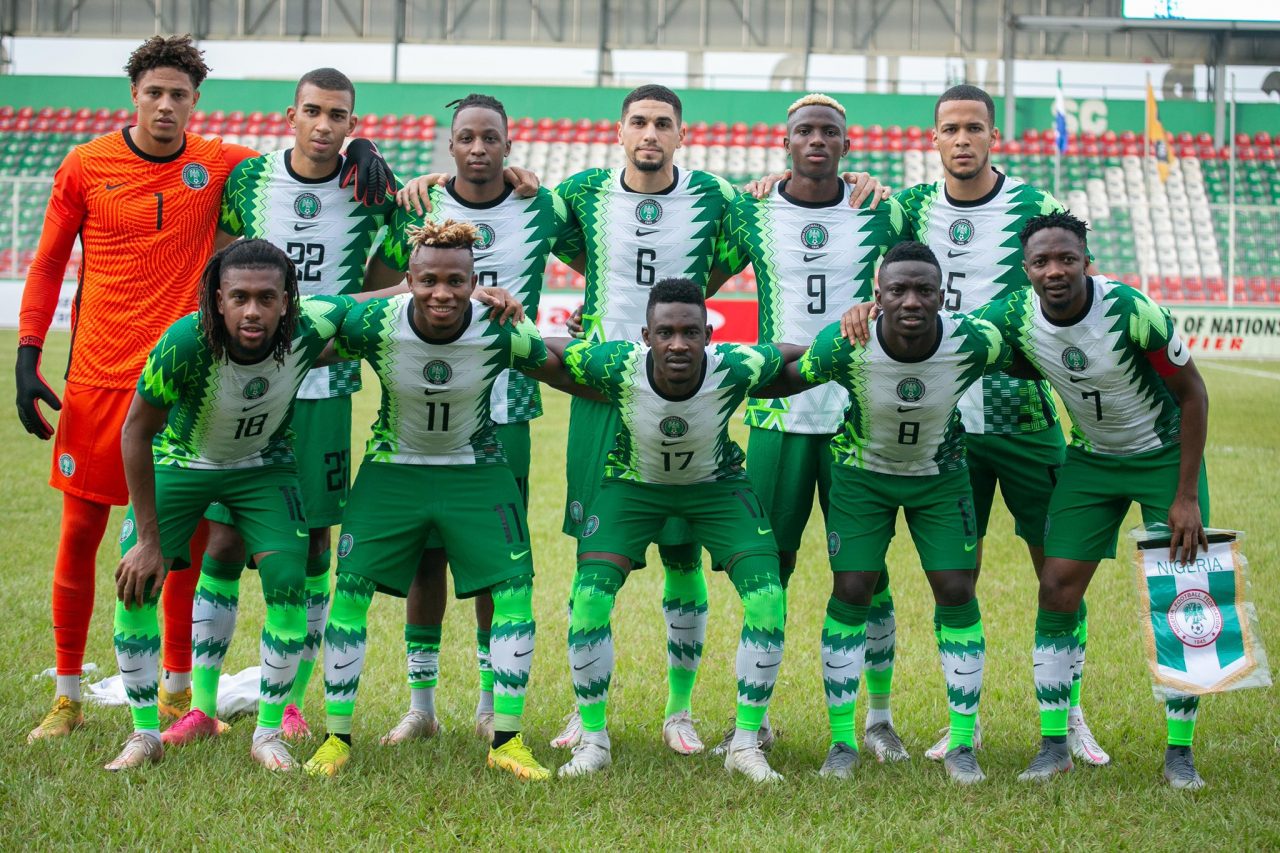 Nigeria played against Guinea Bissau in what was their third game in the Africa cup of nations (AFCON) today.

Nigeria won the match with a 2-0 scoreline, and below are six things that happened during the match. 1. Eguavon rests some players in the starting line-up.

The coach of the Super Eagles of Nigeria, Augustine Eguavon decided to give some of his players for this game, as the team has already secured qualification. He rested the likes of Maduka Okoye, Ola Aina, Omeruo, Zaidu, Aribo, Chukwueze, Moses Simon, and Awoniyi. He then replaced them with the likes of Uzoho, Ebuehi, Ajayi, Collins, Ejuke, Nwakali, Iwobi, and Sadiq.

In the first half, Umar Sadiq missed a great chance that could have put Nigeria ahead. He received a precise pass from Nwakali and then tried to dribble the goalkeeper, but he didn’t succeed. What a chance that could have been.

3. Sadiq scores to give Nigeria the lead. Umar Sadiq scored his first goal of the tournament in the 56th minute to give Nigeria a 1-0 lead. He met a brilliant pass from Iheanacho and just had to slot the ball past the goalkeeper inside the net.

4. Olayinka and Moses Simon are introduced into the game.

Just after Umar Sadiq scored, he was brought off alongside Ejuke, as Peter Olayinka and Moses Simon were brought on as fresh legs to replace them. William Troost Ekong scored in the 75th minute to extend Nigeria’s lead by a 2-0 scoreline.

He got on to the end of a rebound, and just had an easy task of tapping the ball into the net.

After the goal by Troost Ekong, VAR tried to review the goal, but after the review he indicated that the goal will stand for Nigeria.

Do you think Nigeria can win the AFCON?