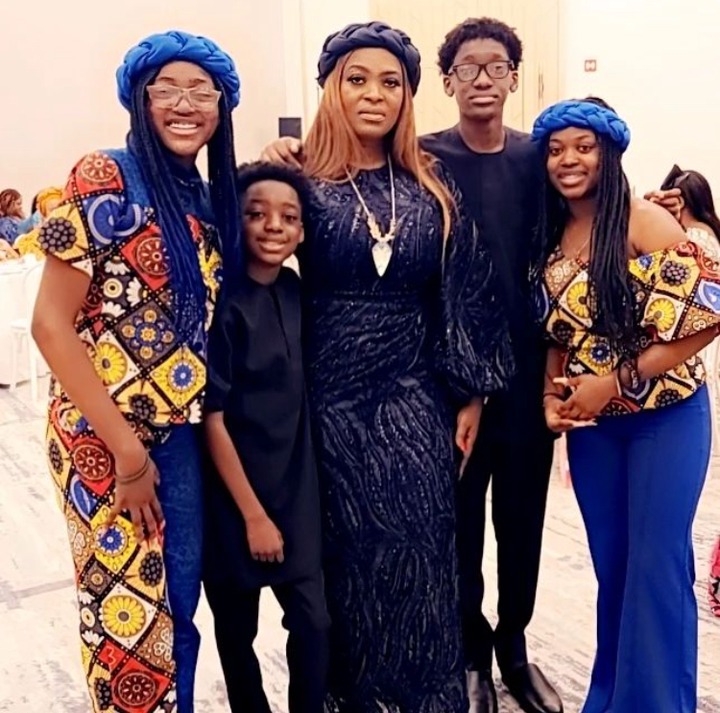 Reaction trail online as 2baba’s baby mama Pero shares photos of herself and her four kids on her Instagram.

Pero who is one of 2baba’s baby mama was privileged to be a mother of three children for the singer. She shares the picture on her page as they were guests at her elder brother’s 50th birthday celebration.

According to the picture Pero uploaded on her page, Pero was standing in the middle while she struck a pose with her four kids.

The picture Pero uploaded on her Instagram got a lot of comments on social media.

Yomi: How did she miss out on not marrying 2baba. She gave birth to not one, but three kids for him.

Lekan: This is life is not just balance. This 2baba’s gene is so strong.

See more reactions via the screenshots provided below.