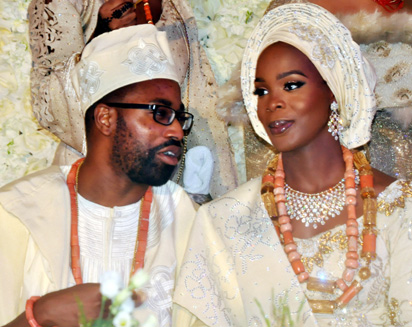 There is no doubt that the Former Governor of Kwara State, Bukola Saraki is one of the ex-governors in Kwara State who has contributed immensely to the development of the State.

Born Bukola Saraki on December 19, 1962, he holds a Bachelor’s degree in Medicine and Surgery from the Prestigious University of London.

He is not just a successful Politician, he is a proud father who has trained grown up children that are making him proud in different areas of life.

One of his grown up children is his daughter, Bukola Saraki, who got married to a Christian Man.

Bukola Saraki became popular when she tied the nuptial knot with her beau, Prince Adeniyi Olukoya who is a Christian by religion.

Not much is known about Tosin, but according to information gathered, she is a graduate of Economics and Political Science from the Prestigious University of London.