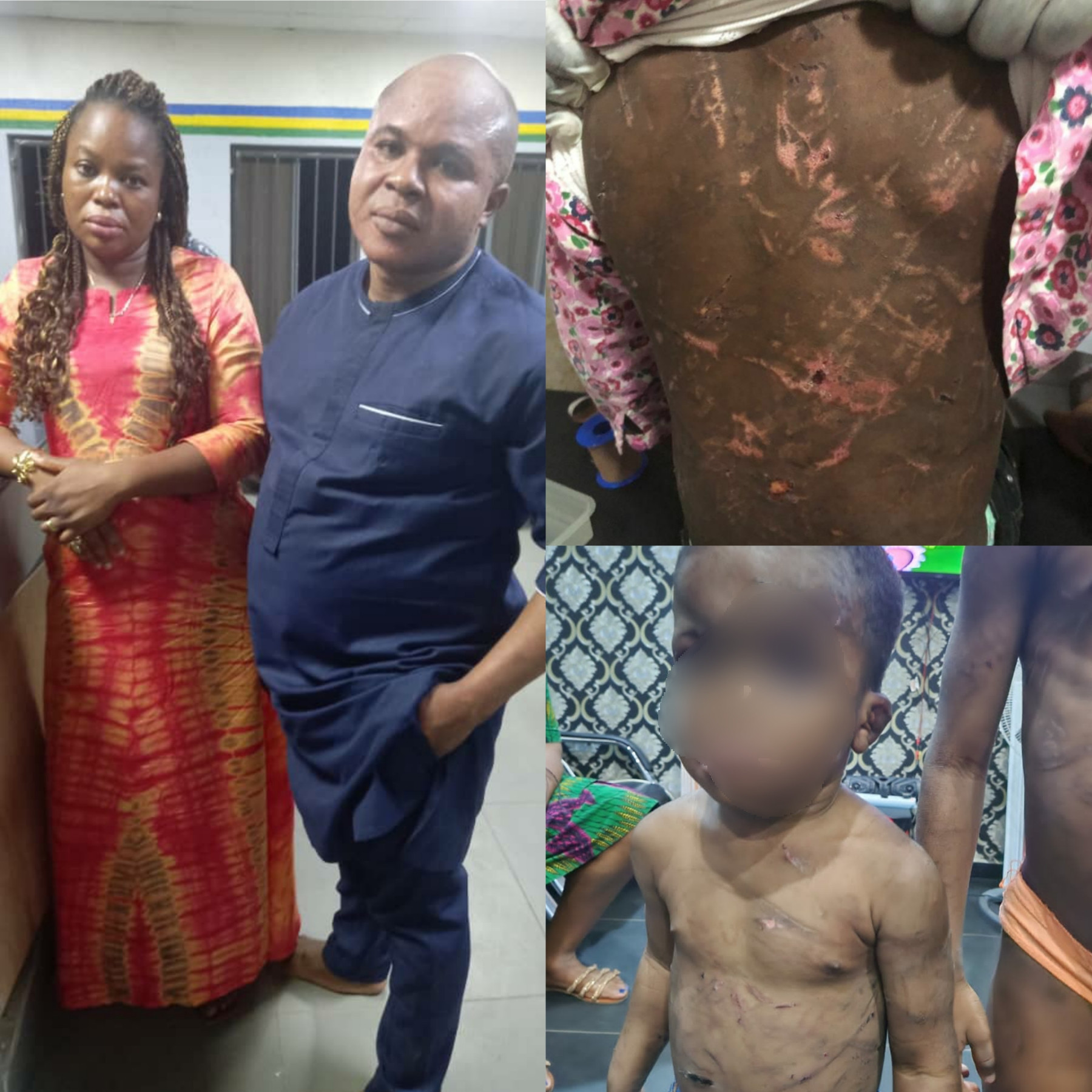 The Lagos state government has arraigned a woman, Busola Oyediran, and her partner, Akebiara Emmanuel, before Chief Magistrate B.O. Osunsami of the Samuel Ilori Court, Ogbà, for allegedly torturing the woman’s two underaged children in the Egbeda/Idimu area of Lagos State.

Aso rock had earlier reported that the couple was arrested last Friday, January 13, after the neighbours alerted the police of the children’s condition. Photos of the children showed they had marks and injuries on their bodies.

In a statement released, the Lagos State Domestic and Sexual Violence Agency, said the couple was arraigned on January 16, 2023, and the children have been taken into protective custody.

“The Executive Secretary, DSVA, Titilola Vivour-Adeniyi, said it was alleged that the suspects had been maltreating the two children by beating them with belts, canes, and horsewhip. It took the intervention of a mandated reporter who ensured the case was brought to the attention of the relevant authorities, including the police, who arrested the couple.

The suspects were arraigned before Chief Magistrate B.O. Osunsami, at the Samuel Ilori Court, Ogba, on January 16, 2023. The Directorate of Public Prosecutions has requested the duplicate case file.”the statement read in part