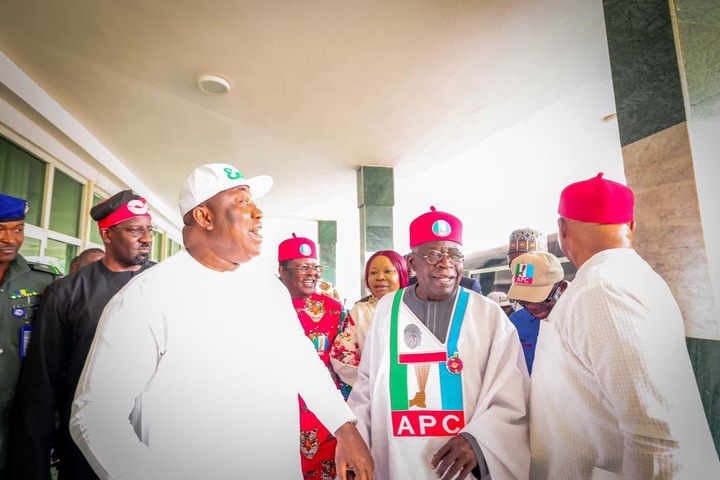 The APC presidential campaign train landed in Enugu State on Wednesday. The campaign was attended by thousands of supporters who came from different parts of the state.

Tinubu received a rousing welcome from jubilant supporters at the campaign venue. The presidential candidate pledged to make Enugu and other southeast industrial hubs if elected president in February 2023.

Shortly after the campaign rally, Tinubu paid a courtesy visit to Ugwuanyi at his office in the Michael Okpara Government House.

Ugwuanyi is one of the aggrieved governors of the Peoples Democratic Party (PDP), known as the “G5 Governors.”

The governor warmly received Tinubu led him into his office, where they had a closed-door meeting.

The governor of Imo State, Hope Uzodimma, and his counterpart in Ebonyi State, David Umahi, were also present at the meeting.