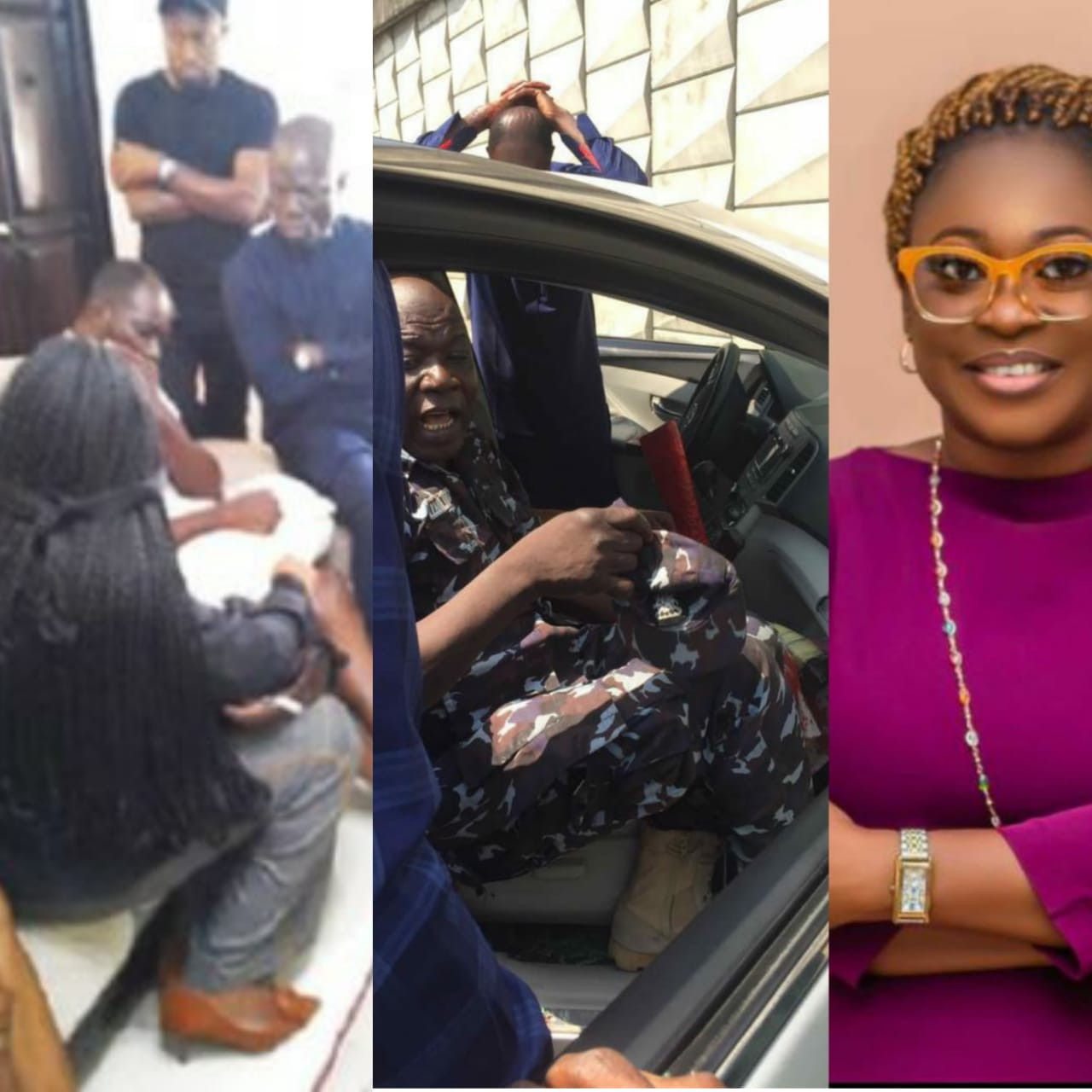 Gbenga Raheem, the husband of a female lawyer, Omobolanle, who was shot dead by an Assistant Superintendent of Police, Drambi Vandi, in the Ajah area of Lagos state on Christmas day, December 25, has given a chilling account of how his seven-months pregnant wife was murdered.

LIB had earlier reported that Bolanle had just left an eatery and was driving with some of her family members including her daughter when the police officer fired at her car, killing her on the spot.

“On December 25, my wife, nieces, nephews, and cousins, who had come for the holiday, all went to church. On our way back, my wife said since it was Christmas Day, we should take everyone out, so, we went to a supermarket at Abraham Adesanya, then to Domino’s Pizza.

After that, we headed towards Ajah to do a U-turn to come back to Abraham Adesanya. When we took the U-turn, we saw policemen stopping some vehicles. As we approached them, they said we should stop, and in the process, we heard a loud sound on my wife’s side window. All of a sudden, I saw blood gushing out of her chest.

I immediately ran out; my sister-in-law, who was also with us, ran out and held the policeman; he cocked his gun at her too. Talking to him was pointless, so I went to see if anything could be done; I saw my wife gasping for breath, and by that time, my sister-in-law had brought the policeman into the car and pushed him into the front seat.

We drove to a hospital but they said they couldn’t handle it. We eventually took her to Grandville Hospital, where she was confirmed dead. The policemen took her body and put it in the truck; they wanted me to follow them but I said I needed to go and settle my children.”

The erring officer,  identified as Drambi Vandi, attached to the Ajiwe Police Station, Ajah, Lagos State, is said to have spent 33 years in the police force. He and two other officers have been arrested and detained over the killing.