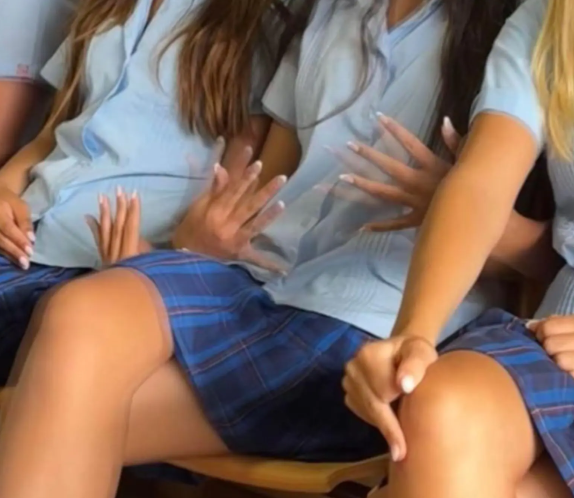 About 70 female students at a Sydney high school were barred from attending their graduation celebrations because they were wearing artificial nails.

Parents of the Year 10 students from Mackellar Girls Campus in Manly Vale, Australia, were left horrified when their daughters were stopped from participating in their end-of-year graduation ceremony this week.

This meant the girls were forced to miss the ceremony and instead sat in a separate room during the graduation because their fake nails breached the school’s strict dress code.

Speaking to news.com.au, the mother of a barred student said a lot of parents had taken time off to attend the 9:15 a.m. assembly on Monday, Dec. 12.

The mother said: “No one had any idea where they were and the assembly started an hour later because they were disciplining the girls because of the nails.

“A lot of the parents had to actually leave the ceremony because they had to get back to work.”

She added that a majority of the girls were also attending another formal on the day after their graduation, so it didn’t make sense for them to get their fake nails removed.

The mother also questioned the “double standard” of why some of the teachers were allowed to wear bright red nails, while the plain acrylics worn by the students were frowned upon.

A large portion of the students had also gotten their nails done for their Year 10 formal on Thursday, just four days before the graduation ceremony.

Another parent said it was “absolutely disgusting behaviour” for a publicly-funded local government school to deny parents the opportunity to see their daughters graduate and receive awards.

Locals, including former students of the school, responded strongly to a Manly Observer Facebook post about the incident.

One said the staff decision was “a very harsh unnecessary punishment”.

“Some common sense is needed here.”

Another called it “absolutely ridiculous” and “petty”.

“It seems they were clear nails anyway! Not bloody red or hot pink! I would be livid! After all they have been through the last few years. It’s just nasty in my opinion,” the comment read.