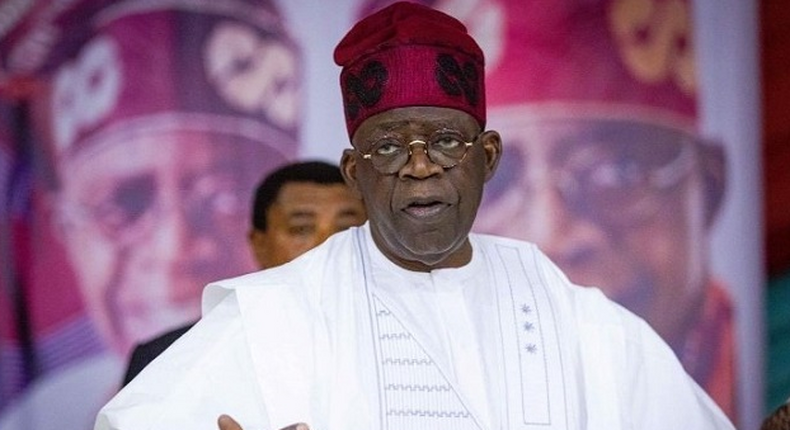 The News Agency of Nigeria (NAN) reports that the floods displaced about 32,893 persons in Etsako Central, Etsako East and Esan Southeast Local Government Areas of Edo.

The money was presented at the Internally Displaced Persons (IDPs) camp at Oghomere in Etsako Central Local Government Area by former governor of Edo, Mr Adams Oshiomhole on behalf of Tinubu.

Oshiomhole said the money was for people whose farms and property were destroyed in the floods in the three local government areas.

According to him, Etsako Central which is the worst hit is to get 20 million, Etsako East N12 million while Esan Southeast will get N8 million.

“Tinubu wanted to come by himself, but the helicopter he wanted to use had a problem and couldn’t come, but because of the urgency to help the flood victims, he said I should represent him.

Oshiomhole, who is contesting for the Edo North senate seat, pledged Tinubu’s commitment to solving the flood problem by constructing dams to receive water released at the Lagdo Dam in neighbouring Cameroon for irrigation farming.

“Tinubu said you should vote for him so as to be able to perpetually solve the problem of flood in the country.

“He said I should tell you people that he would build a dam that would be used to collect the water released from Lagdo Dam in Cameroon, if you vote for him.

“He also urged the people to vote for all APC candidates at the forthcoming elections so as to get more dividends of democracy.

“You people know what I did for you when I was the governor and I want you to also vote for me to go to the Senate and you will get more,’’ Oshiomhole said.

Responding on behalf of the communities, Alhaji Waziri Oshiomah, a community leader commended Tinubu for the donation and assured him of the peoples’ vote.