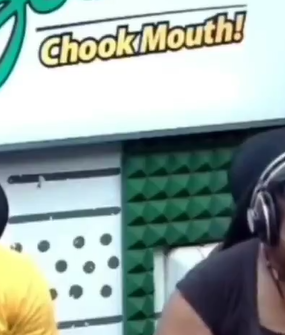 An unidentified woman who is HIV positive recently called into a radio program and confessed she mixes her blood with Zobo and sells it to get people infected.

In a video making the rounds on social media, the anchors of the radio program asked their listeners, mostly traders, to call in to confess something bad they did that no one knows about and regret it.

The woman called in and made the shocking revelation. Speaking in pidgin English, the lady said ;

”I went to the hospital. They said I have HIV. I didn’t have money to treat myself. I started collecting my blood and adding it to the zobo and started selling it to many people”

She said she told herself that she will not die alone and that God will forgive her. She said she has been doing it for six months.