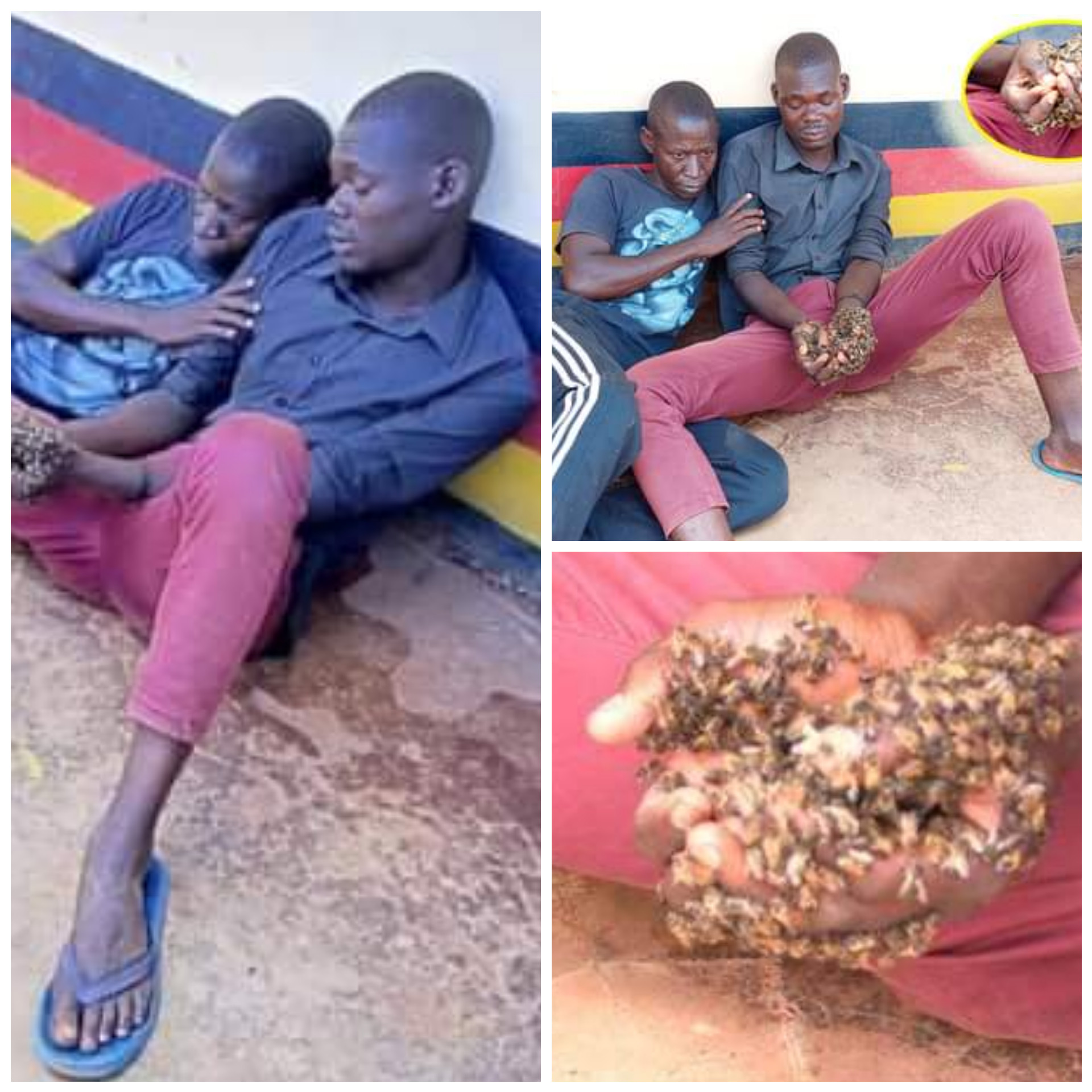 Drama unfolded at Makutano Police Station in Embu County, Kenya after two men surrendered a cow they had reportedly stolen.

The two suspects, covered by a swarm of bees, walked into the police station on Saturday, November 5, 2022, and reported themselves as thieves.

The suspects, who have since been identified as Phillip Wekesa, 32, and Mwamba Ili, 25, could not stop screaming in pain as the bees were stinging them.

Police immediately contacted Lilian Waithera, who had on November 3 made a report at the station that her cow was missing.

After arriving at the station, Waithera positively identified the cow as hers. She confessed to having sought a witchdoctor’s services to help her find the cow.

“I am told that the suspects had tried to sell the cow at the Makutano market, but did not find a buyer. That was before the bees shepherded them to the station where they surrendered the cow,” she said.

In a bizarre incident, the witchdoctor was reportedly asked to reverse the spell he cast on the ‘thieves’, and commanded the insects into a bag he was carrying.

After performing his ‘magic’, the sorcerer casually walked out of the police station leaving residents aghast.

Livestock theft has been on the rise in Kirinyaga, with the the area Assistant Chief Mr. Daniel Kiama Maina urging residents not to resort to witchcraft to solve the menace.

The matter is currently being investigated.