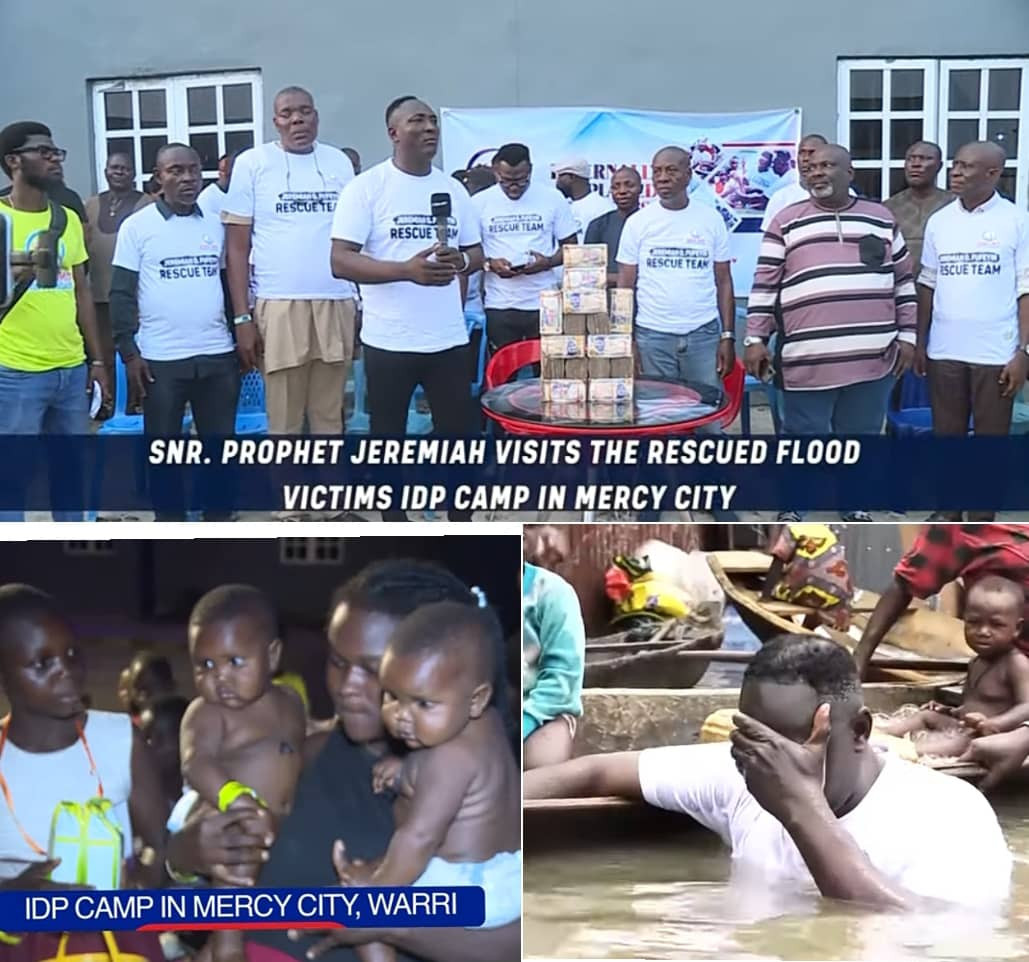 Occupants of an Internally Displaced Persons (IDP) camp opened by billionaire prophet, Jeremiah Fufeyin, founder of Christ Mercy Land in Warri may have found succour to their experiences as the senior prophet earlier today offered them N5 million amidst three square meal, clothing and medical treatment.

Speaking while visiting the IDPs, Fufeyin said the church would do everything possible to assuage the plight of the victims as the victims were subjected to medical treatment given their exposure to flood water, which has been  linked to cholera.

In a viral video posted by the church, which is making the round on the internet, the victim were seen jubilating while praising the billionaire prophet aka Papa J for coming to their aid.

The over 5,000 flood victims including children and nursing mothers are according to the church accounted for through an initial registration. Fufeyin said the IDPs are victims from five states; Kogi, Delta, Bayelsa, Rivers and Anambra.

Fufeyin said he had promised God that he would put humanity first if he ever gets blessed, adding that providing for IDPs was part of getting to his words.

“Coming to their rescue is not by my power, it is the power of God.” he said

Fufeyin said the initiative is being sponsored through the Jeremiah Omoto Fufeyin Foundation.

Standing in a flood water and soaking almost to his shoulder, Fufeyin had about two weeks ago personally gone to rescue the victims.

Fufeyin and his team, seen in a video with a white ticket with an inscription, “Rescue flood victims,” visited some of the affected flood states in the country, including Anambara, Delta, Kogi, Bayelsa and others.

Visiting Ayakoromo community in Burutu Council Area of Delta state, Fufeyin had assembled the community with the agreement of the leaders in a town hall providing financial support and evacuating the most affected people into the church facilities, stressing that they would be cared for and provided temporary shelter until the flood abates the region.