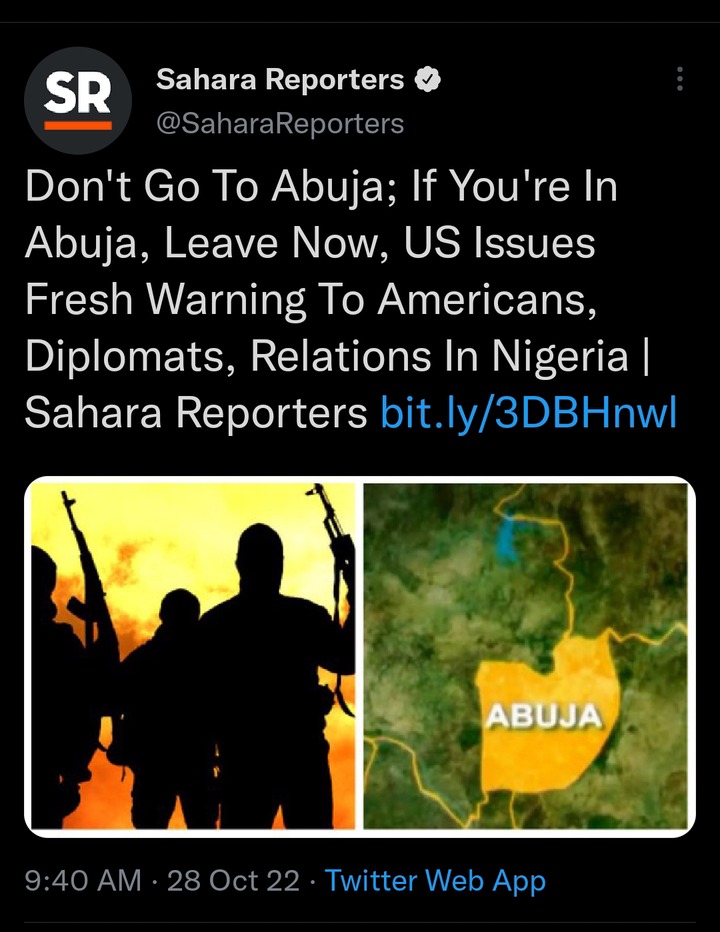 Don’t Go To Abuja, If You’re In Abuja, Leave Now- US Warns

The United States Government has again warned its citizens, diplomatic officials, employees and their relations not to travel to the Nigerian capital, Abuja over the fear of possible terror attacks.

SaharaReporters had reported that the US authorities earlier directed its non-emergency staff to immediately depart from Nigeria. 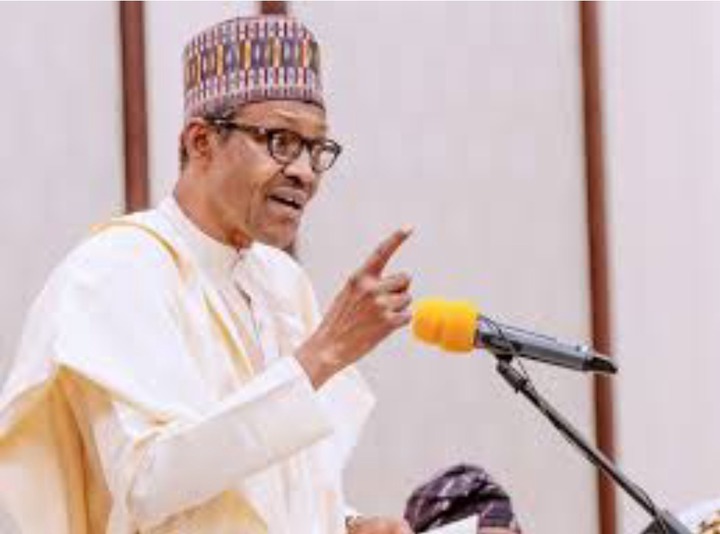 President Muhammadu Buhari has returned to Nigeria after a 3-day trip to South Korea where in participated in the first World Bio Summit.

The president spent about three days in Seoul where the summit themed – ‘The Future of Vaccine and Bio-Health’, held.

How Kwankwaso Will Win In 2023- Buba Galadima

A chieftain of the New Nigeria Peoples Party, Buba Galadima, has given a prediction of how Rabiu Kwankwaso, the presidential candidate of the NNPP will win the 2023 presidential election.

Galadima made this known on Thursday in an interview on Channels Television’s Politics Today.

The All Progressives Congress, APC, presidential candidate, Bola Tinubu has said his ambition is not out of personal or selfish interest.

Tinubu explained that he is running for the presidency due to his readiness to serve Nigerians.

Governor of Osun State, Gboyega Oyetola, said he hopes to commission the Osogbo-Iwo-Ibadan road in the next 18 months despite losing the July 16 Osun governorship election to Ademola Adeleke.

Oyetola, who has filed a petition at Tribunal against Adeleke’s victor, made the statement on Thursday after the flag-off of the reconstruction of the 91km road.