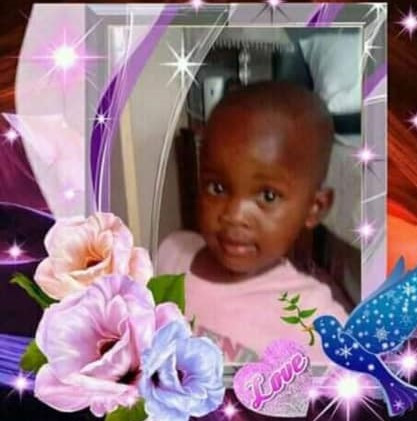 A 26-year-old man, Bafana Johannes Mans, has been handed three life sentences for the kidnapping, double rape and murder of his colleague’s 4-year-old daughter, Tshimologo Lotshabeng, in South Africa.

The management of the South African Police Service (SAPS) and the National Prosecuting Authority (NPA) in a statement on Thursday October 20, welcomed three life terms handed down to Mans by the North West Division of the High Court sitting in Vryburg on Wednesday, 19 October 2022.

According to the statement, Mans was sentenced as follows:

The sentence in count two, three and four will run concurrently.

The convict was apprehended at his residential place in Jan Kempdorp in the Northern Cape, after the lifeless and naked body of Tshimologo was found in the bushes at Kgomotso village, near Taung on Sunday, 16 May 2021.

According to evidence presented before the court, Mans was a colleague and one of the people who accompanied Tshimologo’s mother from a tavern to her friend’s house.

He waited until the mother fell asleep, then kidnapped the child and took her to the nearby bushes where he raped and killed her.

He was denied bail upon his first court appearance on Monday, 24 May 2021. As a result, has been in custody since his arrest.

In aggravation of sentence, Adv Xolisile Philisane urged the court not to deviate from the minimum prescribed sentence as the offence was committed on a helpless minor. He further argued that the accused showed no remorse for his actions, as he failed to take a stand and apologise to the family of the deceased.

North West Director of Public Prosecutions, Dr Makhari-Sekhaolaleo lauded the collaboration between the SAPS and the NPA in bringing the perpetrator to book. This, she said will illustrate the advocacy by the criminal justice system in dealing with those who act against the protection of women, children and the elderly.