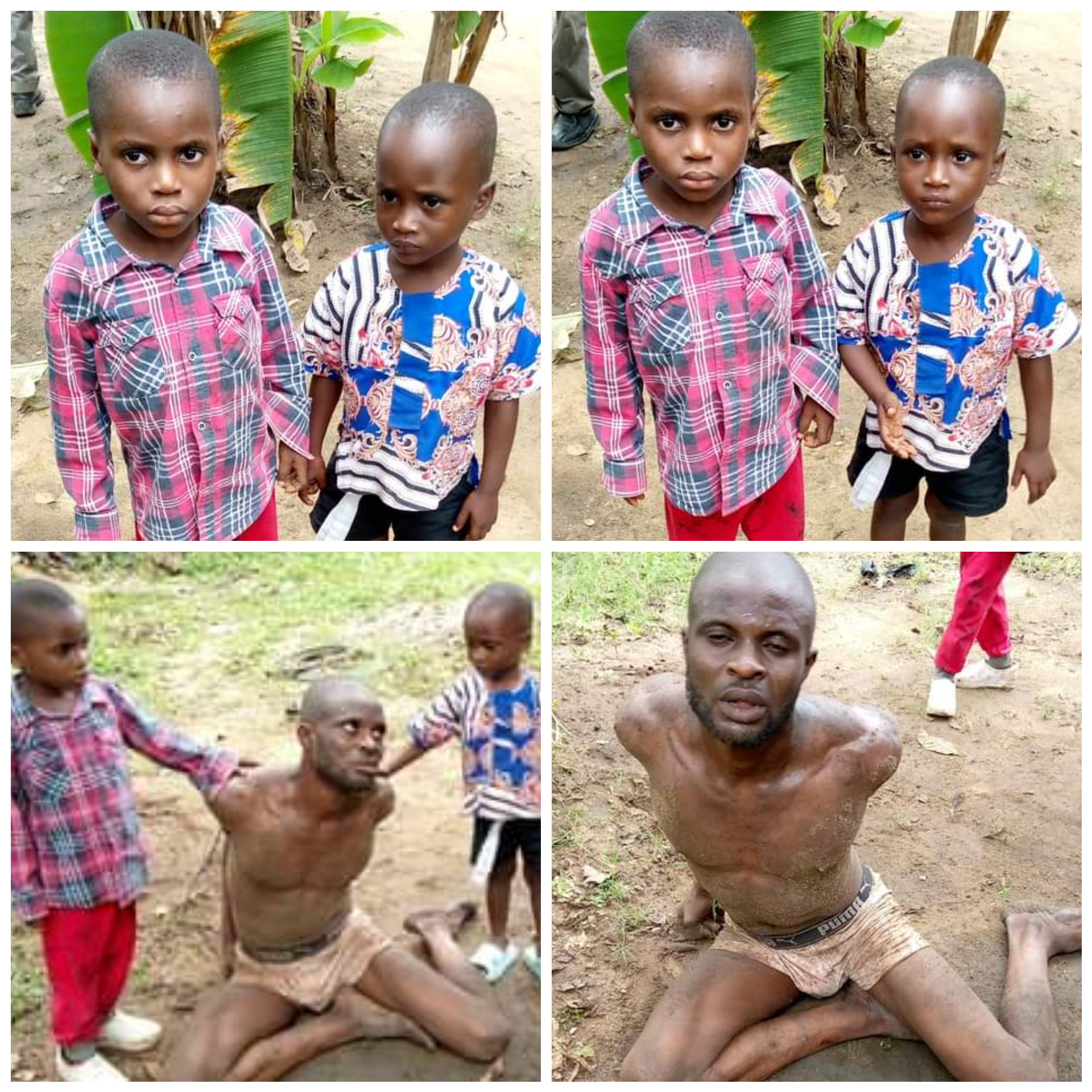 According to one Hyacynth Nwafor, the victims identified as Saviour and Joshua were rescued at the weekend.

It was gathered that the little boys said to be between the ages of 3 and 4, were abducted by the suspect identified as Onyebuchi Ugo and his accomplice, Mrs Joy Amadi, both from Imo State.

The suspects allegedly specialized in abducting children and selling them to unknown persons.

The victims have been handed over to the police for further investigations and identification to enable them to locate their parents.