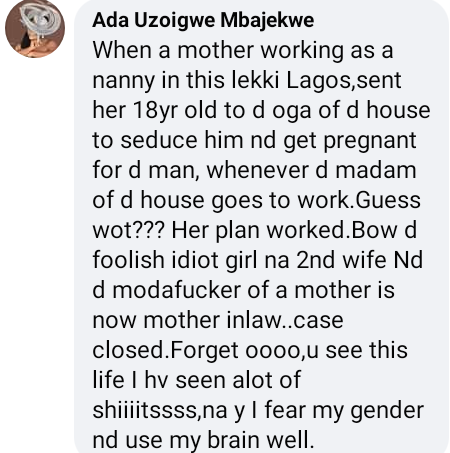 A Nigerian lady, Ada Uzoigwe Mbajekwe has narrated how a nanny’s 18-year-old daughter became the second wife of the ‘boss of house’ after he impregnated her.

Ada, who disclosed this on Saturday September 24, while commenting on a post about Yul Edochie and his wives, said the nanny planted her daughter in the house to seduce and sleep with her boss. She said the plan worked as the nanny’s daughter got pregnant and later married the man.