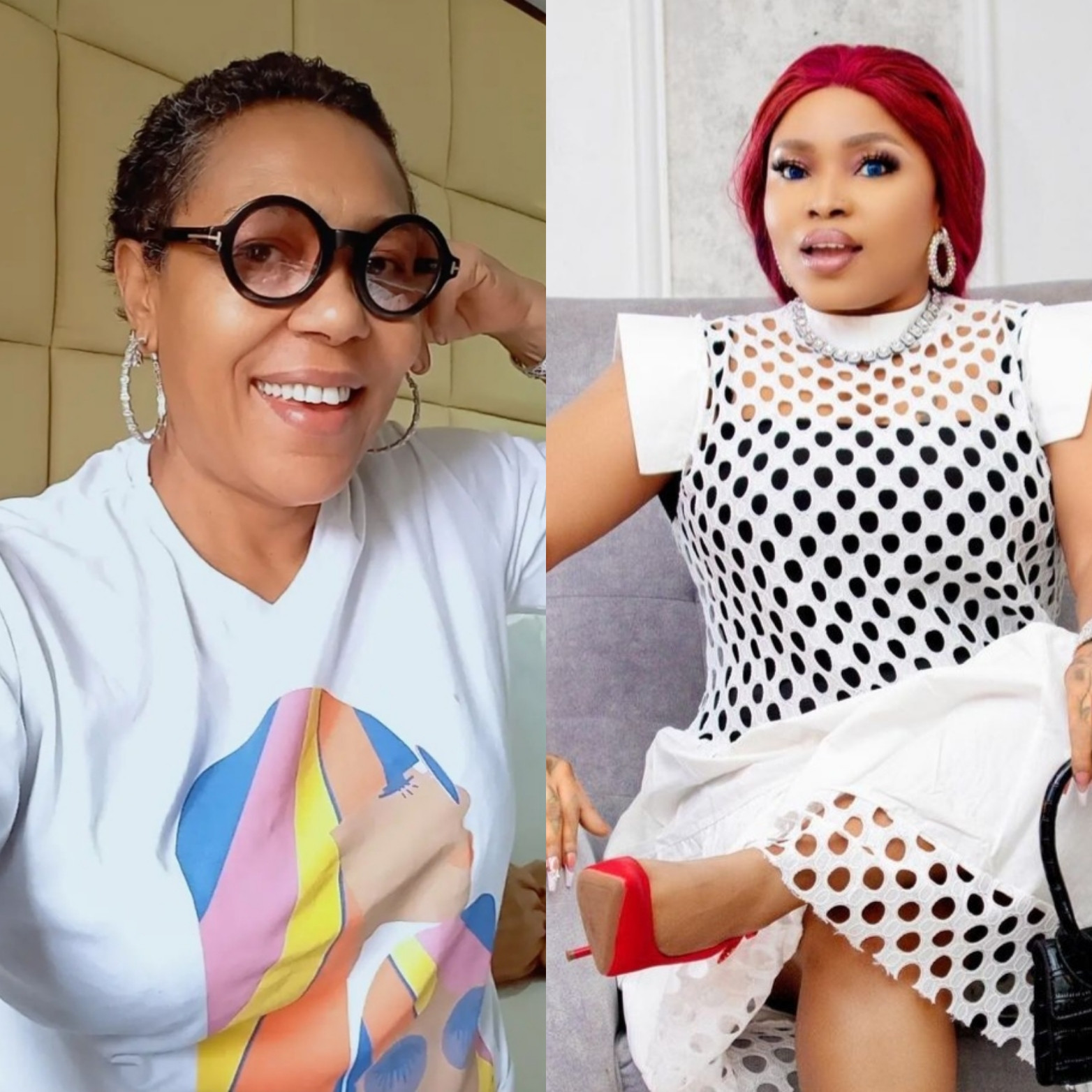 Halima Abubakar is back to dragging her colleague Shan George.

Their online beef started after Halima and Shan were both named as Nollywood actresses who allegedly had sexual relations with Apostle Johnson Suleman.

Halima released posts admitting that her ill health began after her alleged relationship with Suleman.

However, Shan released a statement on her page, denying having relations with Suleman.

Halima wrote to Shan George at the time: “Lol Shan Shan you forget wetin you tell me right? Omg… No look for my trouble Shan George. I hail you.”

Now, Halima is back to attacking Shan George and she threatened to expose what Shan allegedly told her about a certain “Kate H” who is “fit”.

Halima shared a screenshot of a chat that has Shan’s name on it.

The message shows the sender gossiping about a certain “crazy girl” and what she wrote on her IG story that relates to a certain “Apostle”.

Halima captioned the screenshot with a warning for Shan George.

She alleged that Shan is trying to “bring down” her page and warned that she will “come with receipts” if Shan keeps provoking her.

She also added: “Shan George,  if Kate H hear wetin you say eh, you know she is fit. Na unable dey give me gossips.”

The latest callout comes just days after Halima took to her page to call out Shan George and Apostle Suleman while sharing screenshots of a chat purportedly exchanged between Suleman and Shan George.