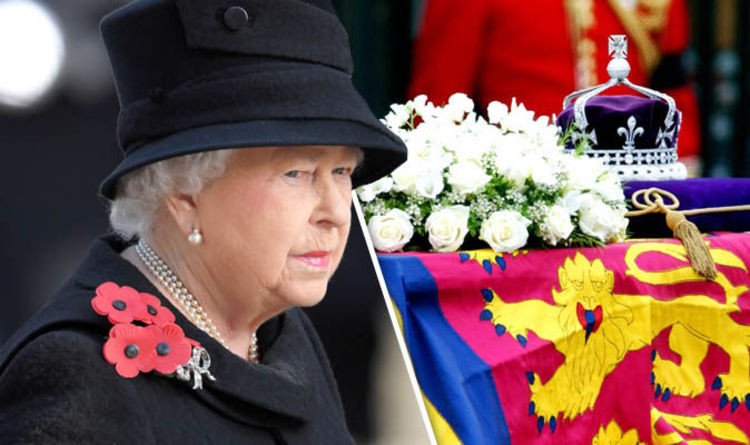 The Queen’s funeral service at Westminster Abbey had an average TV audience of more than a 26million people across a range of British networks.

Her Majesty’s send-off on Monday followed her record 70 years as the Commonwealth’s head of state and was broadcast simultaneously on a range of networks, including BBC One, BBC Two, and BBC News; ITV along with ITV2, ITV3 and ITV4; and Sky News and Sky Sports.

The overnight figures released by the research organisation Barb suggest 26.2million watched her memorial service in Westminster Abbey in Britain. But this does not take into account streaming and the millions who watched from pubs and screens set up in public spaces throughout the country so the final number could be higher.

It is also thought that 4.1billion globally watched the footage of the Queen’s funeral, which is more than Live Aid 1985 and Charles and Diana’s wedding in 1981.

Across the over 50 channels that broadcast the service, 20 million people watched on BBC One when the audience peaked at 12.25pm, as her coffin made its way out of Westminster Abbey.

Ahead of the milestone occasion, Industry experts had predicted a staggering 4.1billion viewers were expected to tune to the broadcast.

This would smash the previous record of 3.5 billion who reportedly watched boxing great Muhammad Ali open the Atlanta Olympics in 1996.

If their predictions are correct, the Queen’s state funeral would eclipse all other broadcasting records – including the Live8 concerts in 2005, Sydney’s New Year’s Eve firework celebrations in 2010, and the wedding of Prince Charles and Lady Diana.

Carolina Beltramo, TV analyst at WatchTVAbroad.com, said: ‘Such is the love and admiration for Queen Elizabeth II around the world that her funeral is destined to be the biggest live TV event in history.

‘Generations of people across the globe won’t have been alive the last time pomp and pageantry were seen on this scale.

‘While it’s a sad occasion, they can be forgiven for being enthralled by a spectacle that echoes throughout history. For that reason alone they’ll be drawn to witness the dawn of this new age in their billions.

‘No fewer than 4.1 billion people are expected to tune in on Monday to witness this historic moment as half the people on planet Earth pause to pay their respects.

‘Thanks to advances in technology, which mean most of us now carry TVs around in our pockets, audience figures will eclipse the opening ceremony of the Atlanta Olympics, when 3.6 billion people watched Muhammad Ali light the Olympic torch in 1996.

‘In contrast, an estimated 2.5 billion people watched the service for Diana, Princess of Wales, 25 years ago, with 31 million Brits tuning in.’