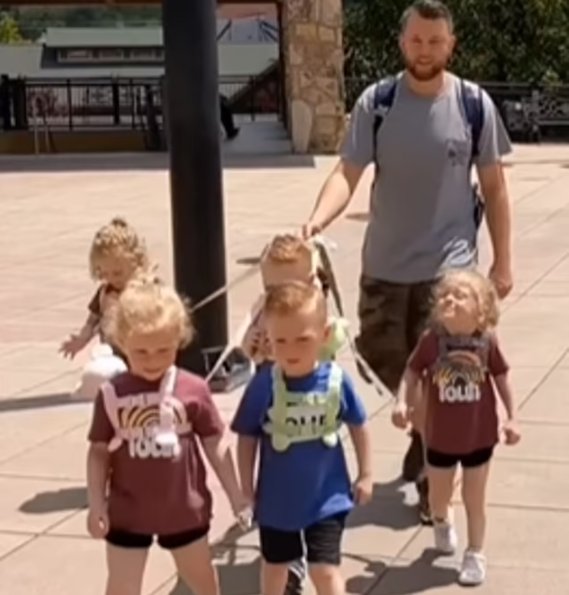 A dad-of-five has sparked furious debate after sharing a video of himself using a leash to take his five-year-old quintuplets for a walk.

Jordan Driskell, 31, from Kentucky, took to Instagram to share a video of him using a leash while walking with his five young kids – Zoey, Dakota, Hollyn, Asher and Gavin – who he shares with his wife, Briana, 34.

Many told him his kids are humans, not dogs, and shouldn’t be held with a leash. Others defended him, saying it was the only way to prevent them from running off or getting lost since he can’t have his eyes on all five at the same time.

“When people judge me for using child leashes,” he wrote in the video, as the song Vegas by Doja Cat played in the background.

The reference to “dog” in the lyrics playing in the video the father shared angered people further and many shared their opinion in the comment section.