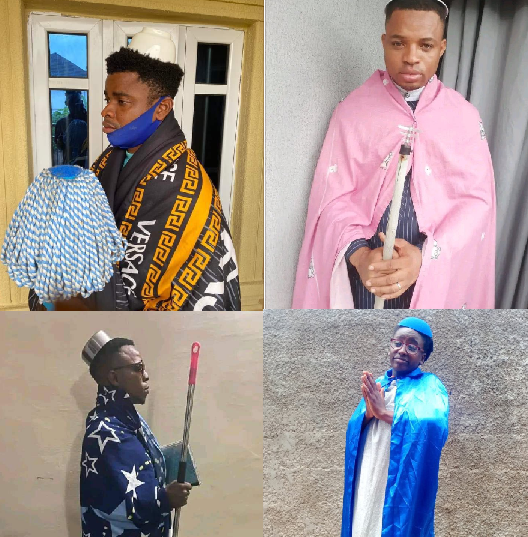 Nigerians have started a challenge called the #BishopChallenge to mock the APC over claims they hired fake clerics to dress in religious regalia at the unveiling of the party’s Vice Presidential candidate.

On Wednesday, July 20, Nigerians expressed outrage when photos of the “clerics” at the APC event were shared online.

Many accused the ruling party of disrespecting the Nigerian people by hiring paid actors to wear religious robes in order to show that there are Christians who are in support of the party’s Muslim-Muslim ticket.

Two days later, the conversation has not died down.

See some photos below…